What are the Current Challenges of Blockchain Technology?

What are the Current Challenges of Blockchain Technology?

While cryptocurrency like Bitcoin and others have gotten all the attention in recent years, it is the underlying technology behind them that is making everything possible. Of course, we are talking about the Blockchain.

Blockchain technology is a distributed and decentralized ledger that essentially records the transactions and proves the existence of a digital asset. It is transparent, unable to be tampered with, and facilitates the quick, easy and affordable transfer of information and data (in the form of blocks) onto the blockchain. This technology has the potential to change how several different industries operate.

For example, it can make health records more streamlined and give patients more control. Blockchain also can provide better traceability in manufacturing, help governments protect the sensitive information of citizens, and do so much more.

While it has many uses, as you can see, the main benefit of the technology simply boils down to being able to eliminate fraud, reduce risk, and make everything transparent, while keeping things secure. However, while the potential for the technology is quite high, it is not free from some issues or challenges.

With that in mind, this article is going to go over some of the current challenges of blockchain technology.

A Lack of Awareness

While the cryptocurrency industry is advancing and you can now easily buy Bitcoin with credit card and do other things to simplify the whole process, many people are still confused when talking about the space. The same goes for blockchain technology. This lack of awareness and understanding by the general public is a huge challenge that the industry needs to overcome.

People aren’t going to use technology that they don’t understand. They might become apprehensive of the change, which is why many companies or industries are afraid to fully take the plunge and dive into the potential of blockchain technology.

Also, this lack of awareness can often lead to people developing unfavorable opinions on blockchain technology due to its connection with cryptocurrency. Many people still think of crypto as directly tied to criminals and fraud, which is not the case at all. Until more people become educated and aware of both crypto and blockchain, the technology will struggle to become more mainstream.

Speed and Cost of Transactions

Another issue faced by blockchain technology is the speed of the transactions. While it varies from blockchain to blockchain, most are only capable of verifying and completing a couple of transactions every second. This pales in comparison to many traditional options such as Visa and others. The reasons why this is happening are the complexity of blockchains and their encryption and security.

In order for the technology to grow, these transactions’ speeds need to be much faster. Besides, many blockchain transactions are also more costly than traditional methods. The potential for better transactions is there, but the cost needs to go down and the speed needs to go up before mainstream viability is achieved.

Building the various decentralized apps that these companies will have to do can be complex and challenging work. Even using blockchain technology itself requires some working knowledge that not everyone will inherently have.

Sure, existing employees can be taught to work with and/or create blockchain solutions, but it can take a lot of educating, which might last for too long. On the other hand, if you want to hire expert blockchain developers or engineers, mind that they are in such high demand that you will have to pay an arm and a leg for their services.

This puts companies in a tough spot. Do you train your existing employees and trust your foray into blockchain in the hands of relative newbies? Or do you pay a significant amount to have professionals come in? Until more people who are well-versed in working with blockchain technology become available and the price of their services level out, the technology will struggle to grow to the size many know it can.

One of the biggest challenges standing in the way of blockchain technology achieving widespread adoption is regulation. With no regulations in sight, it is the wild west when it comes to how companies are using and implementing blockchain technology. This is because there are no standardized rules to follow for companies, so they are left to their own devices if they want to implement the technology in some way.

For example, one company using blockchain to assist with their transactions may be going at it a completely different way than another, with different levels of security, different costs, and different processes. This can lead to a lot of confusion, and a lot of potential security risks as well. If there is a universal standard that is regulated, it could help companies feel more safe investing in blockchain solutions and know the best way to go about it.

Regulations and innovative technologies have rarely gone hand in hand, and until blockchain technology sees some kind of regulation or standardization, it will be held back from getting as large as it could be. Progress is being made, but there is still a lot of work to be done in this space.

In conclusion, these are some of the many current challenges of blockchain technology. While the technology has a ton of potential and could change our world, there are certainly still some opportunities for growth and development. However, once all these issues are solved, don’t be surprised to see blockchain technology change the world how we know it in several different ways. 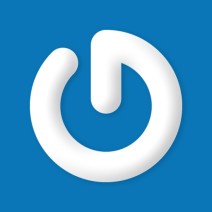 Cryptowisser Announces Most Comprehensive Exchange Comparison Tool on the Market