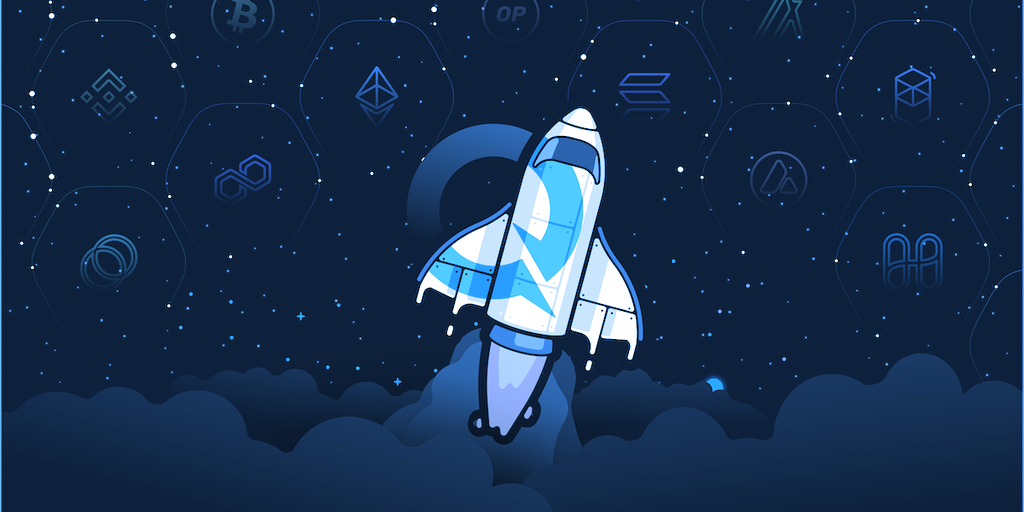 QuickNode, an end-to-end development platform that helps builders bring their Web3 ideas to life, announced today that it has raised $60 million in new funding to accelerate its vision.

The Series B round, which gives the startup a valuation of $800 million, bucks the trend of shrinking sums of money flowing into Web3 firms amid the current crypto bear market.

In the fourth quarter of 2022, crypto and blockchain companies raised $2.7 billion in total across 366 deals, according to Galaxy Research—a decline of more than 50% compared to the previous quarter.

It represented the lowest level of quarterly capital investment in the space in nearly two years, amid falling crypto prices and crashing confidence in the industry. But with its focus on useful tools and infrastructure to empower the next wave of Web3 builders, QuickNode found investors eager to help the startup realize its ambitions.

QuickNode’s round was led by 10T Holdings, a blockchain-focused investment house that is known as a key investor in many of the largest firms in the space—including Kraken, Animoca Brands, and Gemini. The round also included participation from Tiger Global, Seven Seven Six from Reddit co-founder Alexis Ohanian, Protocol Labs, and QED, among others.

“At QuickNode, we firmly believe in Web3 as the future of the internet,” co-founder and CEO Alex Nabutovsky commented. “Blockchain adoption and development continue to increase year-over-year, and we expect continued momentum in the space.”

QuickNode’s development tools include a full suite of APIs for plugging decentralized apps (dapps) into major blockchains, along with analytics capabilities and SOC 2-certified security with end-to-end support. The platform is ideal for bringing existing Web2 builders into the burgeoning decentralized Web3 world.

The $60 million raise will be used to fuel QuickNode’s global expansion, as well as to enable the firm to double down on global hiring and host community-driven events and workshops.

How quick is QuickNode?

In this article, we cover the importance of performance, define a solid methodology, and set industry standards for comparing response times: https://t.co/ZU2uZx9jJJ

The company will also use the capital to develop its QuickNode Marketplace, an online platform that allows users to navigate and purchase marketplace add-ons by chain, network, or type.

QuickNode has been attracting investor attention at scale for quite some time. In October 2021, the firm announced a $35 million Series A funding round led by Tiger Global. In the time since, the company said that it has grown its user base by over 400% and expanded its team by hiring 90 new employees across eight countries.

Unfazed by the recent market turbulence, Nabutovsky highlighted how many of its customers take an “in a bear market we build” approach, adding that he’s thrilled with the adoption he’s seen on the platform over the last few months.

Furthermore, Nabutovsky expects to see “mass adoption of blockchain technology in 2023 and throughout the rest of the decade.”

You Can Now Earn Bitcoin for L..