The Ethereum Merge has removed the network’s reliance on profitable mining. However, those who chose to cling to the proof-of-work legacy may find themselves having to choose from multiple paths ahead. Find out more here.

Solana-based NFTs are on the rise, poising to challenge the dominance of Ethereum NFTs with burgeoning projects like yoots and ABC. The creator of the network’s NFT protocol, Metaplex, is seizing the day by announcing plans to launch an MPLX token and build “the most inclusive DAO in web3”. Find out more here.

Digital fashion platform BNV reveals its ambition to address the gap of balancing the operation of a “permissionless” structure in web3 and the creation of a more “fashion-conducive” virtual environment. Find out more here.

A white hat hacker has discovered a bug in Arbitrum’s latest Nitro upgrade, which had been live for almost three weeks and could have led to the theft of over $350 million.Find out more here.

The Cardano network has kicked off the five-day Vasil hard fork, a much-anticipated fork that is described as “the hardest update” ever done since the project’s inception in 2017.Find out morehere.

This week, we take a look at Fuel, a modular execution layer.

Fuel was developed by Fuel Labs in 2019 as the first optimistic rollup solution to solve Ethereum’s scalability issues. Today, Fuel has evolved into a modular execution layer solution for monolithic Layer 1s via its v2 iteration. The defining features of fuel include parallel transaction executions, its proprietary virtual machine, FuelVM, as well as developer tooling, Sway Language, and Forc.

Read more details here as we look into its technology and ecosystem.

This week, we dive into Sudoswap, an automated market maker (AMM) protocol for NFT swaps.

Amidst the sluggish trading volume of NFT on Ethereum, Sudoswap gained traction from its innovative AMM model. The trading volume on Sudoswap exploded in early August, but gradually lost steam in September as the bear market sentiment weighed in.

Read more here as we look into its business model, tokenomics, and protocol performance.

This week, the crypto market reacted violently to the U.S. Federal Reserve’s increasingly hawkish stance on curbing scorching inflation. BTC plunged to a local low but managed to regain momentum to buoy above key support levels. ETH extended its post-Merge loss and settled above the $1,300 level as of the time of writing. The drop in daily issuance rate failed to support ETH post-Merge as some ETH miners offloaded part of their holdings to fund their move to other blockchains. 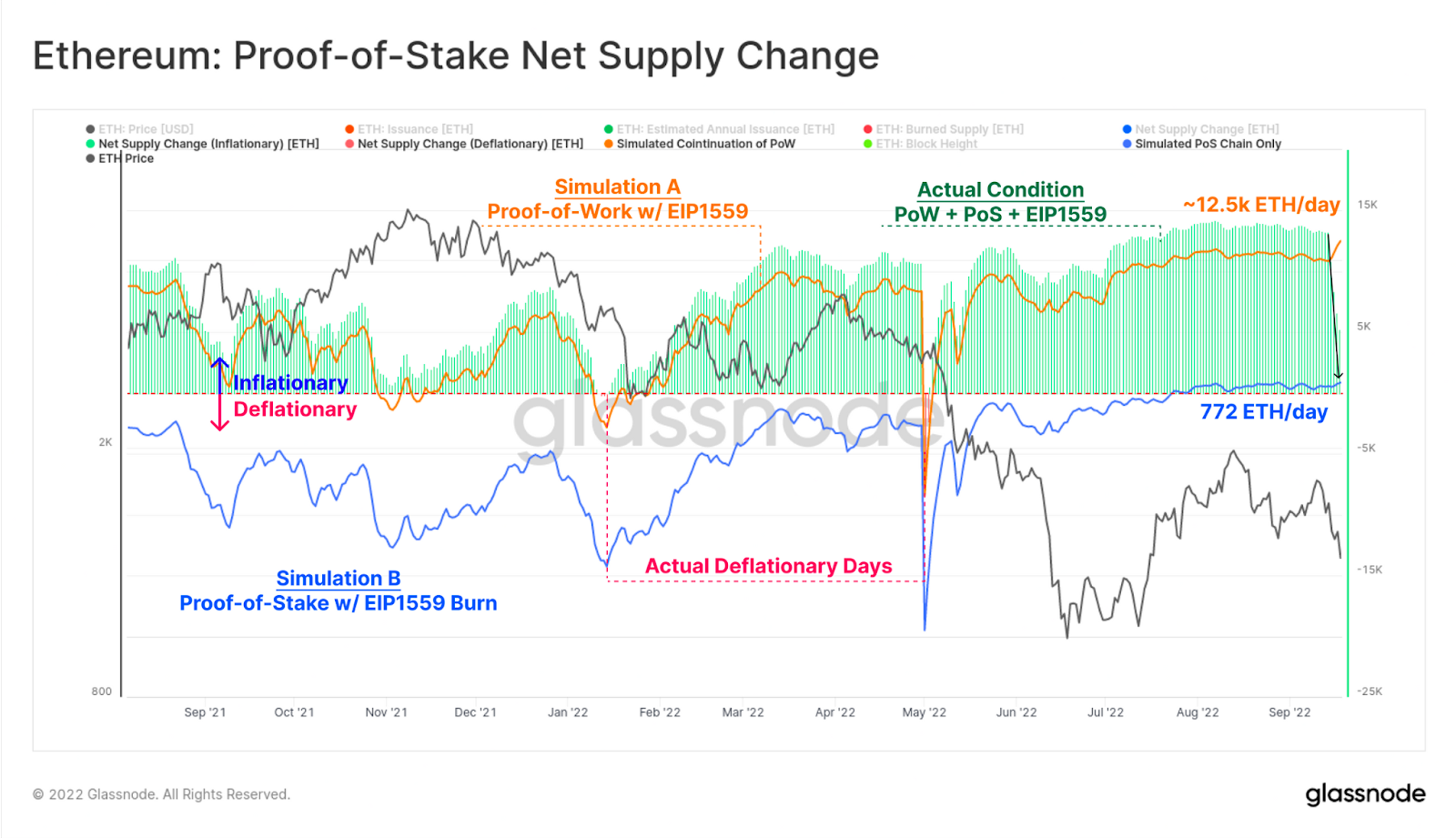 ETH’s net emission has posted a significant drop after The Merge. In the PoS chain, the issuance rate drops below 1000 ETH/day immediately after The Merge, posing a stark contrast to the daily issuance of 12.5k ETH in the PoW chain pre-Merge. However, it is still too soon to call ETH a deflationary asset. Due to low network utilization amid weakening spot prices, gas fees remain low, resulting in the inability of the EIP 1559 burn to offset the daily issuance on the PoS chain. 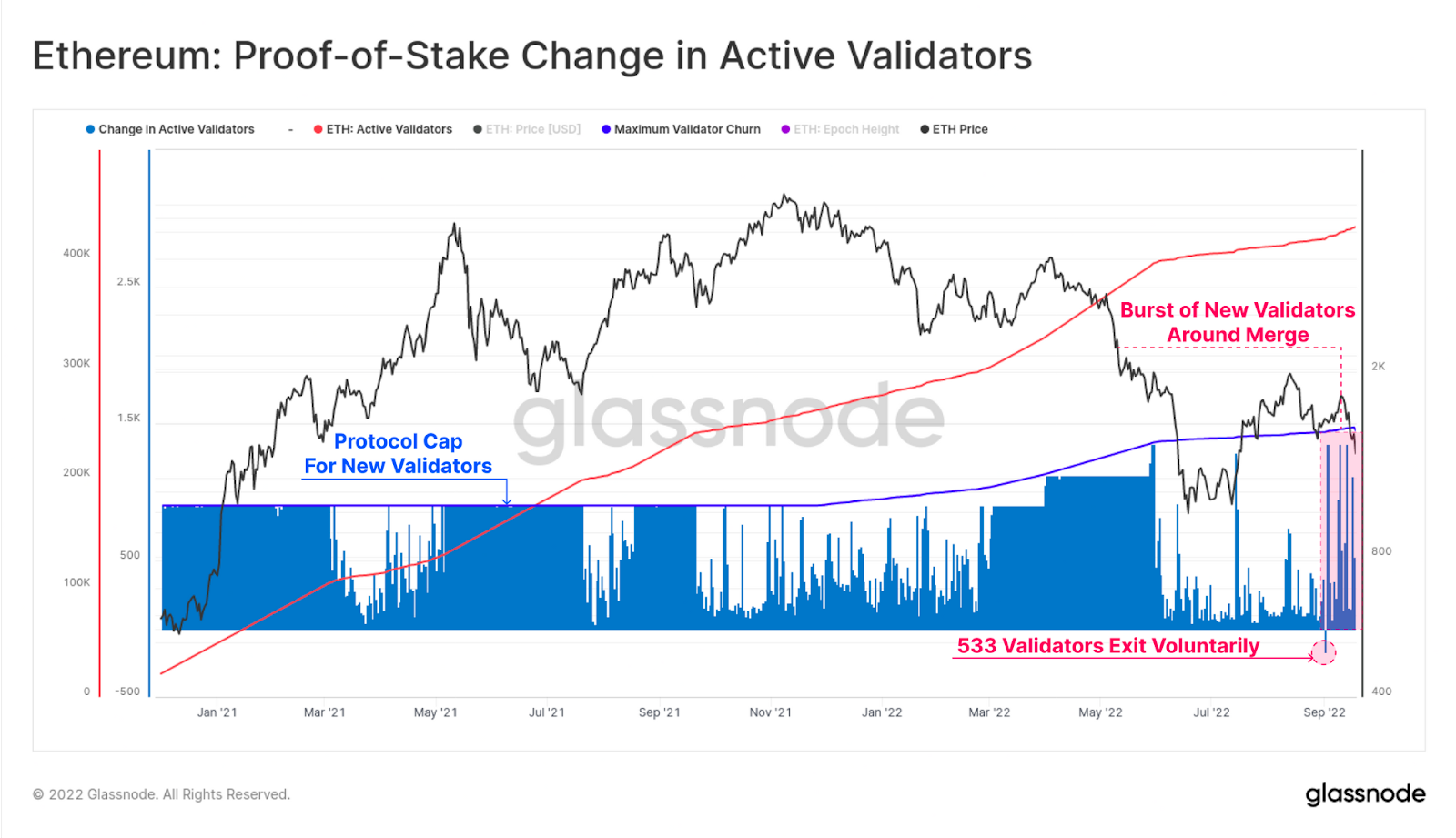 However, the number of active validators has seen a steady growth since the beginning of September. The rate of increase accelerated in the two weeks that led up to and following the final Merge. Due to the limit set by protocols, there are a handful of periods (marked with dense blue bars), where the influx of validators hits the max limit. The recent increase in new validator activities, though discernible, is nowhere comparable to the periods of max validator inflows. 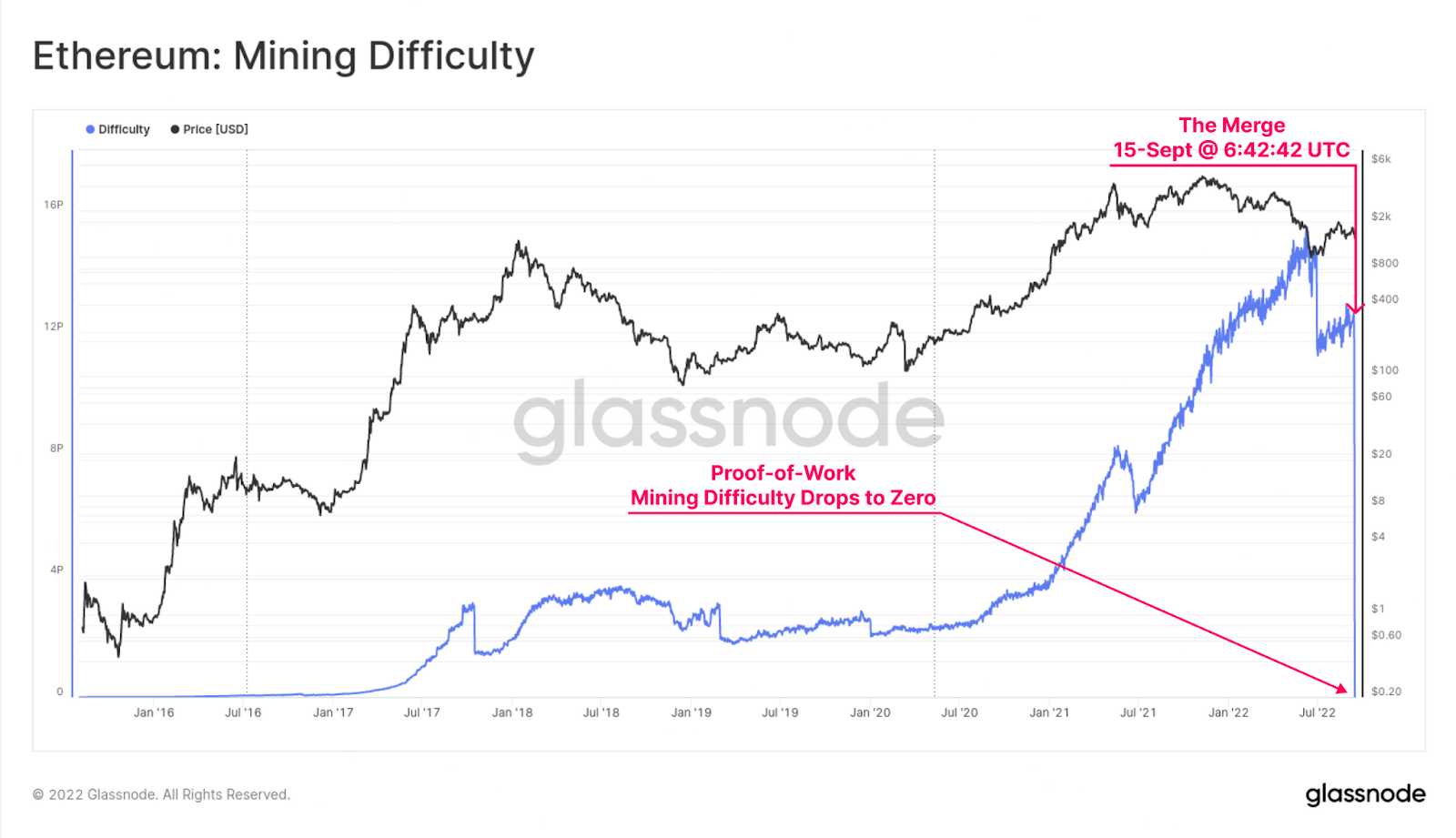 Upon the completion of The Merge, profitable mining is removed from the PoS as mining difficulty immediately drops to zero. Other blockchains, notably ETC, have observed an influx of ETH miners who decidedly deploy their hash rate elsewhere. Meanwhile, the profitability of BTC has plummeted 10% in the past week, reaching levels last seen in 2020, on the back of declining spot prices and surging mining difficulty.