This Week in Crypto: Bitcoin Supply in Profits Drop below 50... The bleak outlook of the current bear market hasn’t stopped venture capitals from pouring into the space. Immutable, the firm behind Ethereum’s Layer 2 scaling solution Immutable X, has recently launched a $500 million venture fund to boost the adoption of the platform and accelerate the growth of its gaming and NFT-focused ecosystem. Find out more here.

Exchange-traded fund (ETF) provider ProShares has announced a new product to allow investors to hedge their crypto exposure in a bear market. Find out more here.

Magic Eden, the leading NFT platform on Solana, is gearing up for a multi-chain expansion. Find out more here.

Terra Pool, a joint effort from BTC miners Argo and DMG Blockchain Solutions, concluded its testing phase on Wednesday and is now open to the general public.Find out more here.

The Harmony Blockchain network has announced that Horizon, its cross-chain bridge to Ethereum, fell victim to a theft of approximately $100 million in ETH and other tokens. Find out more here.

Following the buzz around OP’s airdrop, rumors around the imminent token launch of Arbitrum, another optimistic rollup Layer 2 for Ethereum scaling, began to emerge.

This week, we dived into Arbitrum Odyssey’s announcement for an eight-week activity that rewards participants with NFTs. This campaign is widely perceived as a prelude to its official token launch and airdropping.

This week, we explored ApeX, a decentralized, permissionless, and non-custodial derivatives protocol on the Arbitrum mainnet.

More specifically, we delved into its unique eAMM and PCV business models, tokenomics, and how it is compared to dYdX and GMX in terms of valuation.

The liquidity crises in the broader crypto market have catalyzed massive liquidations of leveraged positions over the weekend, resulting in further price declines. Despite the surge in volatility, BTC has managed to defend the $20k level, building a stronger case for the market to successfully navigate the contagion risks in the near term. 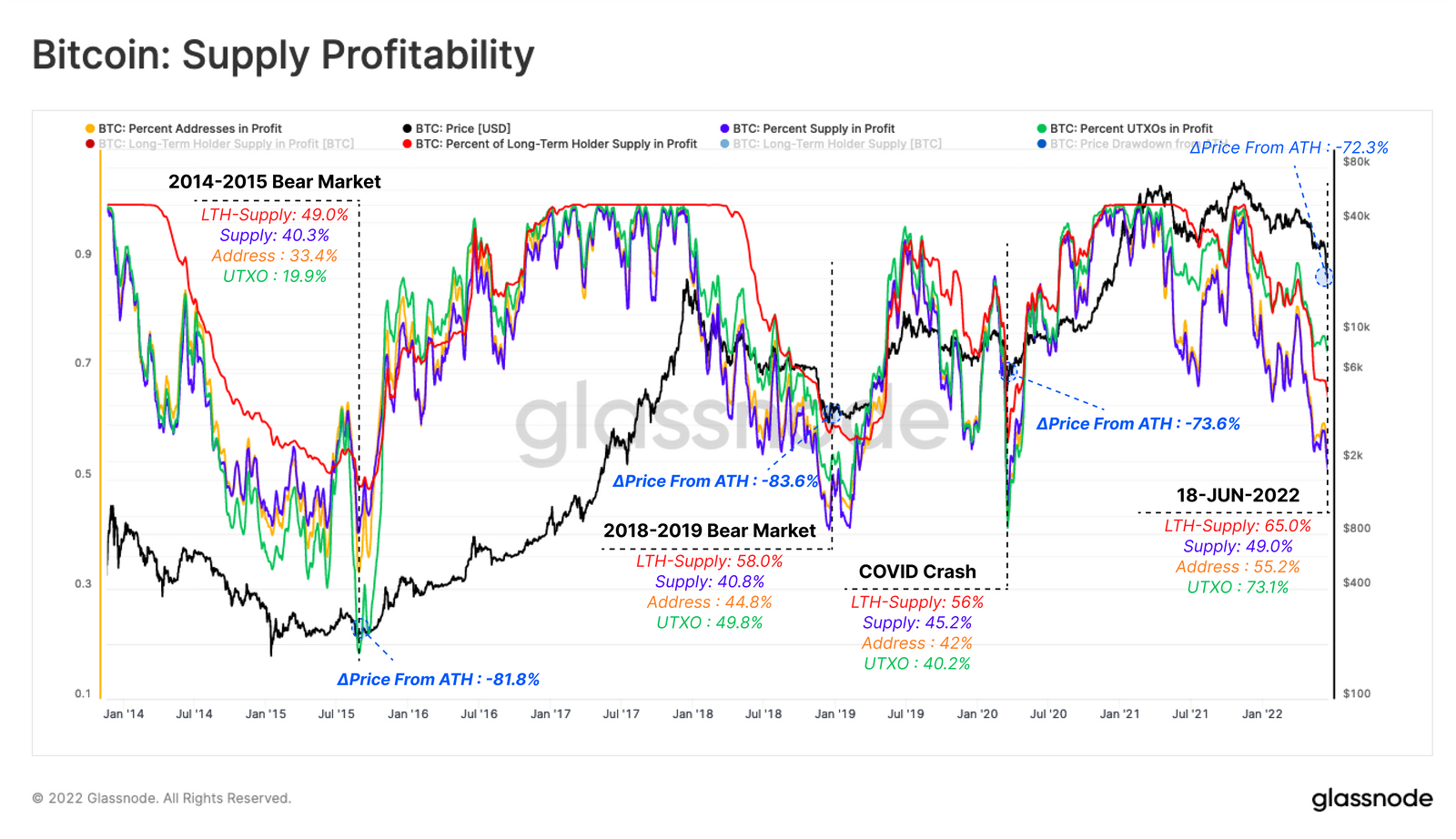 The weekend liquidation cascade has caused the MVRV ratio to plunge to new lows, hinting toward an unprecedented buying opportunity for those who still hold onto their convictions.

Supply in profit dropped below the 50% mark as the price of BTC went south, indicating that at least half of the supply is deep in unrealized losses. If history serves as any indication, market bottoms in the previous bear cycles often surface when only 40 to 45% of the supply is in profit. Similarly, the percentage of addresses in profit is approaching levels seen during the ICO bear run and the COVID liquidity crunch. Indicators are pointing to a potential bottom in the near term, and hopefully, the market will bounce back after all the financial woes.

The two cohorts that take advantage of the recent sell-offs are whales and small-time retailers. Both groups have been stacking up their BTC holdings in full swing since the start of the recent market meltdown. Cohorts with BTC holdings between 1k to 10k BTC remain on the sidelines, waiting for clearer signals from the market.

On the other hand, miners have been hit hard by the confluence of dwindling profits per block and high mining difficulty. These seasoned market participants have now entered the “extremely underpaid” territory, and are forced to sell their BTC holdings to fund their operations.