The decentralized social media race has just been taken to the next level after Elon Musk’s $44 billion acquisition of Twitter. Find out more here.

Less than a week into taking the helm of Twitter, Elon Musk, henceforth known as “Chief Twit”, is proposing changes to unleash free speech and defeat spam bots, among which, is a plan to open the floodgates for users to obtain verification. Find out more here.

Social media platform Instagram is developing an NFT minting and sale feature through its app, according to an announcement made by its parent company Meta on Wednesday.Find out more here.

This week, we took a look at Quai Network, a decentralized Proof-of-Work network.

Quai Network is a decentralized, modular network of 13 Proof-of-Work 2.0 (PoW2) blockchains running in unison. Quai Network utilizes PoW2, which is more efficient than the original PoW mechanism, as hash power can be reused to secure multiple chains, allowing the network to scale as necessary. Quai is EVM compatible, using Solidity as its smart contract programming language.

Read more details here as we look into Quai Network’s architecture and tokenomics.

This week, we dive into Timeswap, a decentralized lending protocol.

Read more here as we look into its business model and recent developments.

The market tumbled after the Federal Reserve reaffirmed its hawkish stance on curbing inflation, dashing hopes of an imminent pivot towards less aggressive tightening at the beginning of next year. Macro uncertainty continues to brew as conflicting signals from the inflation data and the job market cast a shadow over the economic prospect.

In the crypto market, major cryptocurrencies have so far managed to defend their respective key thresholds, with BTC establishing a stronger foothold above the $20.5k level and ETH attempting to return to the $1,600 handle. A confluence of on-chain metrics presents a consistent case for an imminent bottom for BTC. 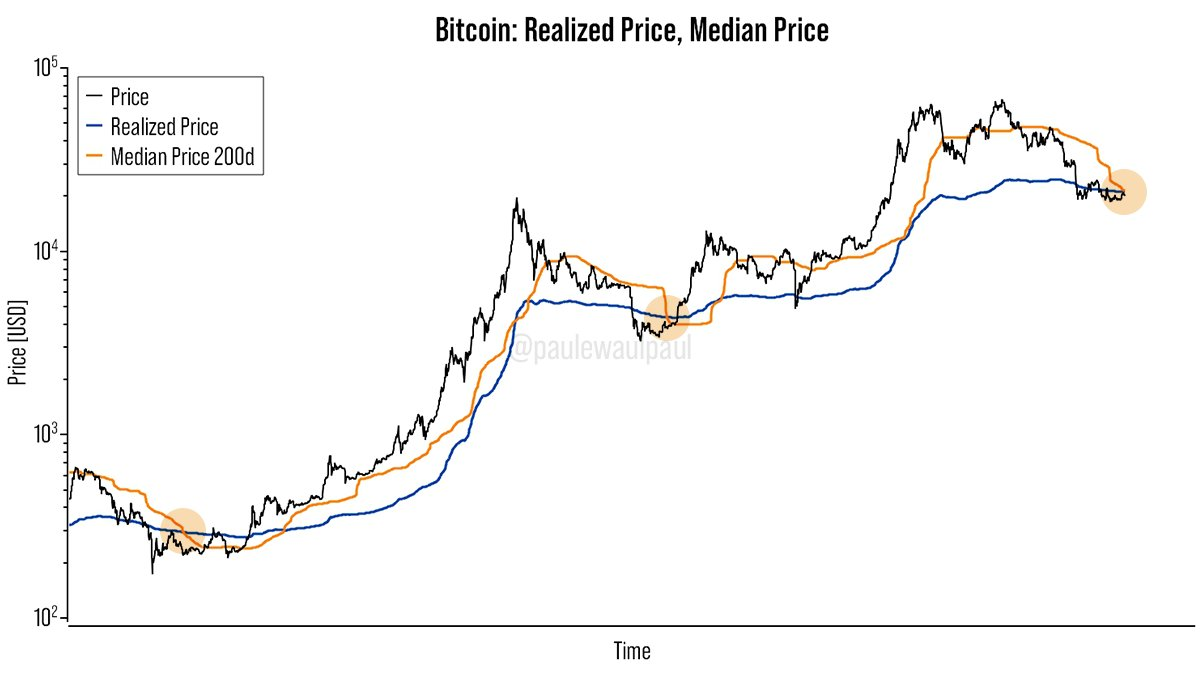 For one, BTC’s median price, a fair representation of the value of the largest cryptocurrency by market cap, is now approaching the on-chain realized price. A crossover would signal a potential reset of existing market conditions and present a good accumulation opportunity for traders. In fact, on-chain wallet inflows have registered significant accumulation behaviors among whale addresses in the past few days. 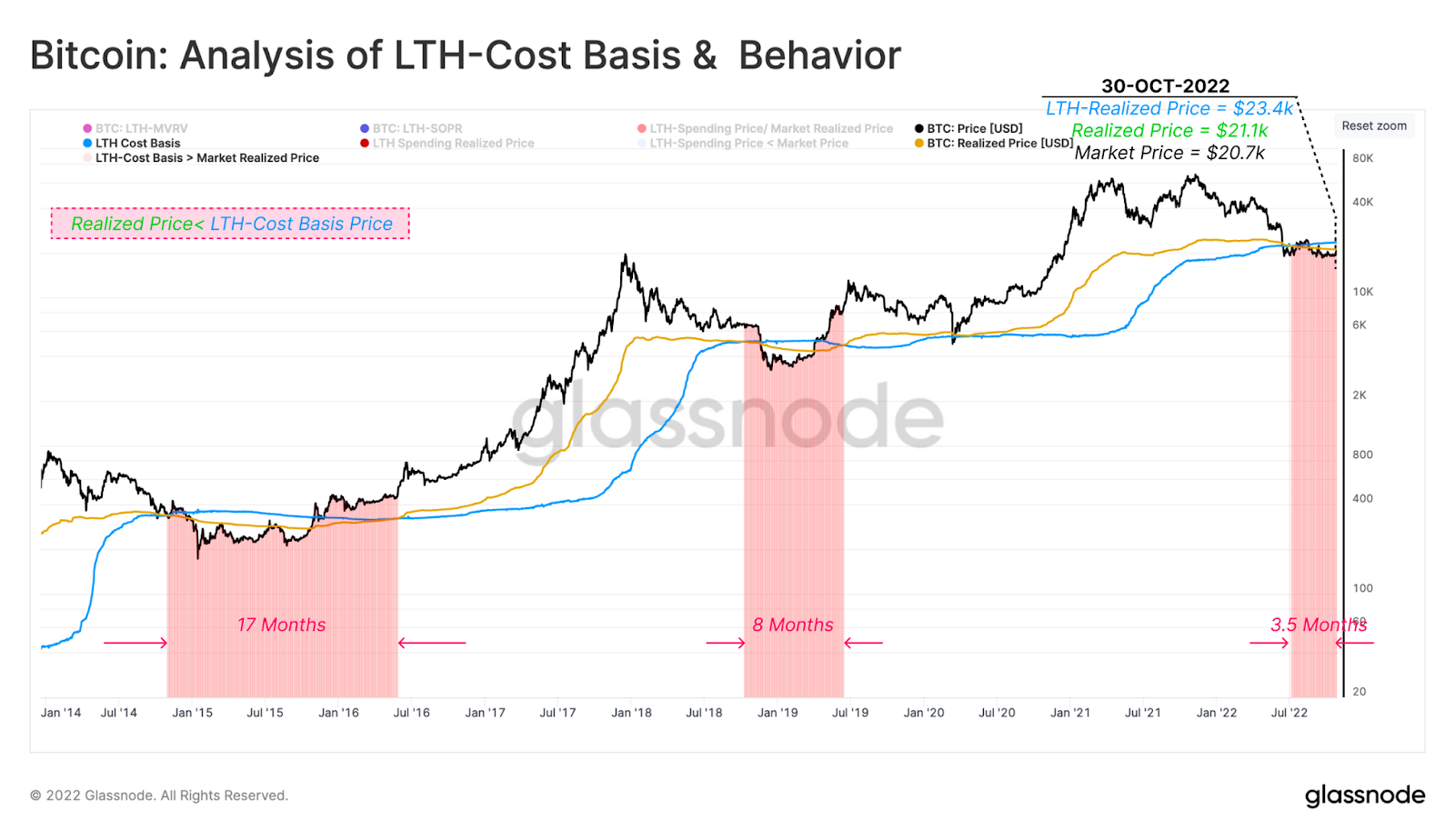 The implied financial strain on long-term holders of BTC has been growing, as the cost basis for this cohort has been above the realized price for more than three months. This means that the average, price-insensitive long-term holder, who has weathered through the current bear run, is being outperformed by the wider market. Similar patterns have been observed in previous cycles, especially in the depths of sustained bear runs. 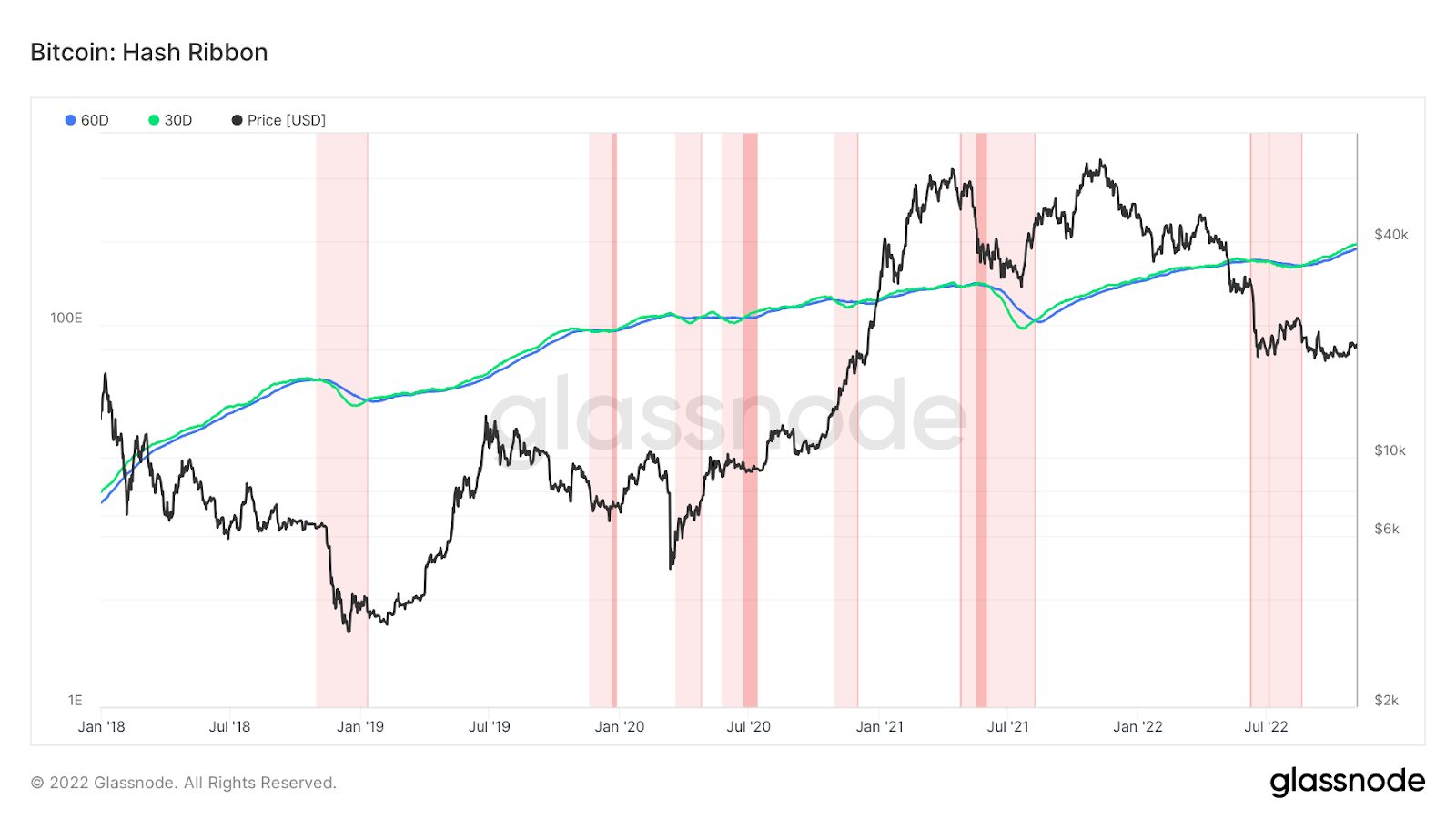 Meanwhile, the BTC hash rate continues to soar to new heights. Leading public miners are facing increasing pressure to pay off debt, as industry-wide risks begin to take shape amid a relatively low spot price. As a result of soaring hash rates, the coming upward difficulty adjustment may cause depressed rig prices to plunge further.

Macro events to look out for in the coming week