Synthetix: Thriving in the Bear Market

Synthetix: Thriving in the Bear Market Synthetix is a decentralized derivatives protocol focusing on synthetic assets, which are essentially tokenized assets like commodities, fiat currencies, and other digital assets.

Users stake Synthetix Network Tokens (SNX) as collateral in order to mint synthetic USD (sUSD) before being able to swap for any other synthetic asset on the protocol such as sBTC, sETH, sAave, among others. Since the synthetic assets have a shared collateral pool, there is no need for liquidity pools or counterparties to provide liquidity. Thus, removing issues such as IL or slippage and providing infinite liquidity between assets.

Synthetic assets are over-collateralized, needing four times as much SNX to mint sUSD. This allows the protocol to absorb large price movements and if needed, the 400% collateralization ratio can be adjusted via governance.

SNX holders are incentivized to stake their tokens in exchange for rewards, such as swap fees (0.1% to 0.6%) when users swap between synthetic assets as well as inflationary emissions for staking rewards. The staking return is determined by a target staking ratio, and can be adjusted via governance is calculated as such:

Thus, the max supply of SNX tokens is uncapped and dictated by the target staking ratio in order to secure the protocol’s underlying assets.

For a deeper overview of the protocol, read on  here.

The bear market forced a change in focus for investors, as many started to look for protocols with real revenue, user consistency, and growth. Having rebounded more than 160% from its June lows, Synthetic’s performance seems to have raised investors’ confidence.

In terms of protocol revenue generated, Synthetix’s performance over the last 90 days places it at 6th place, behind OpenSea, dYdX, LooksRare, PancakeSwap, and MetaMask. Note that protocol revenue refers to the sum of fees generated by the protocol that is distributed to token shareholders, and does not represent total revenue. 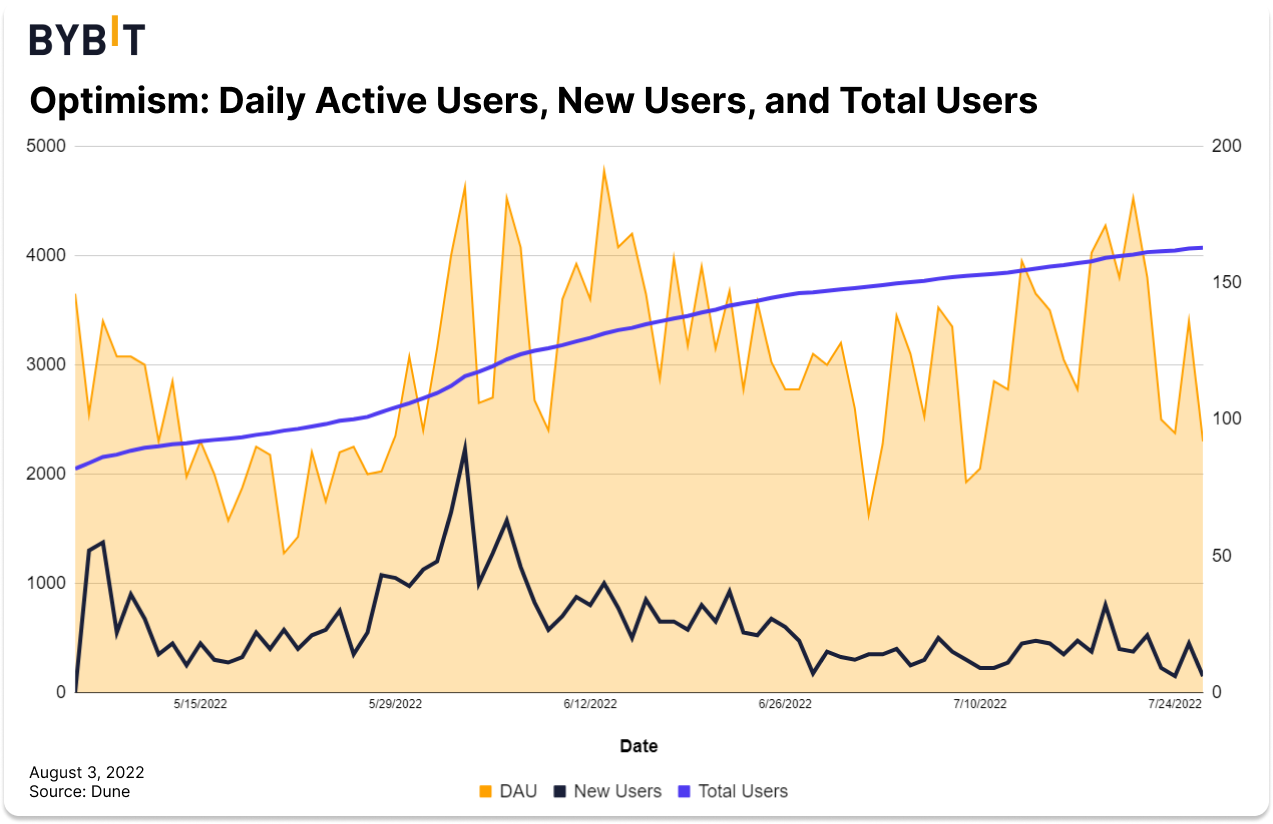 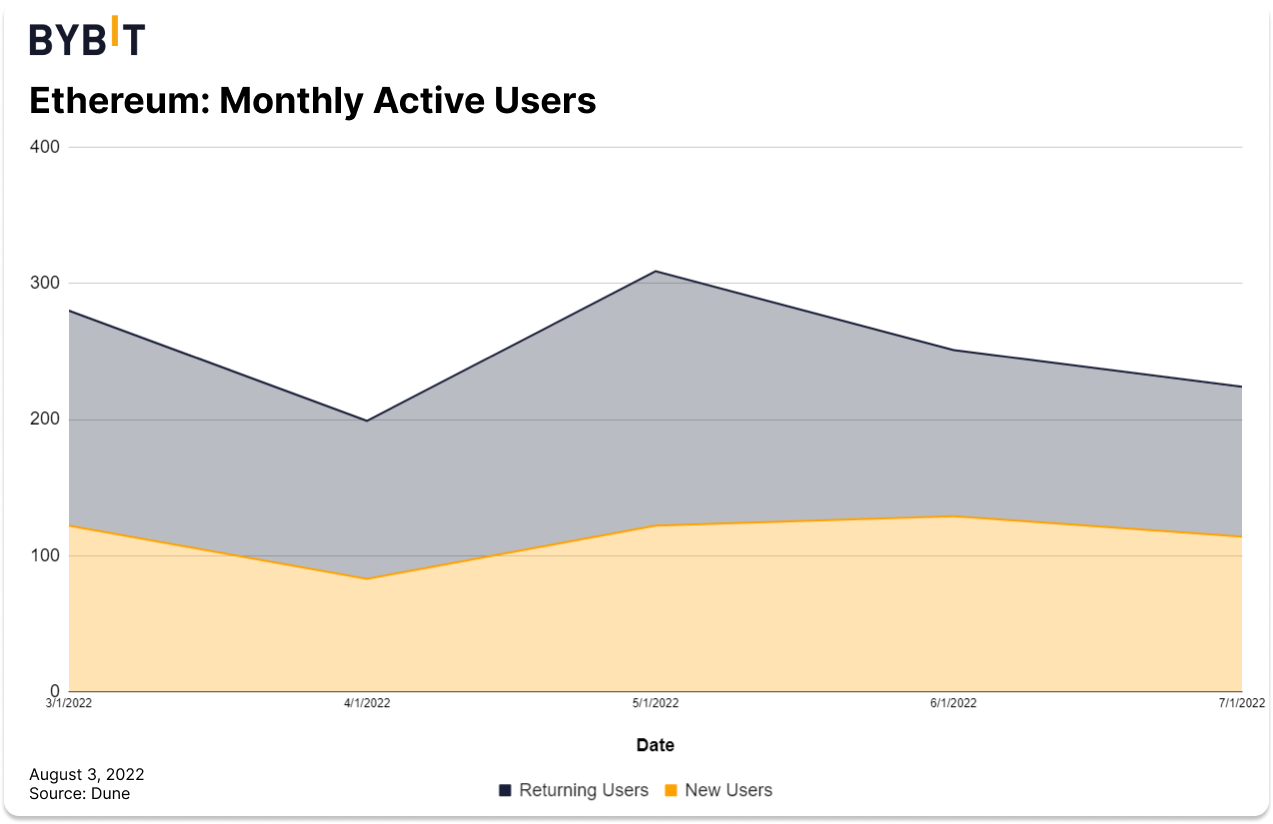 The growth in volume over the past 90 days seems to correlate with the growth in new users on the protocol. As seen from the on-chain data above from Dune, active users on both Ethereum and Optimism hover around 300 users in total, indicating that the trading volume on the protocol may be concentrated among a few whales and market makers. Synthetic’s recent boost in trading volume was the result of 1Inch’s integration with Atomic Swaps, a new exchange function that allows users to atomically exchange Synthetix assets without fee reclamation by pricing synths via Chainlink and Uniswap V3 oracles.

Before Atomic Swaps, trades on Layer 1 had a 10-minute wait period to allow the oracle to check the difference between the initial and current price. Traders were not able to exchange, transfer, or burn the Synth they had traded into, causing significant user friction.

Thus, this new functionality and integration with major DEX aggregators on Layer 1 has allowed Synthetix to scale and provide a much better trading experience for its users. Furthermore, this puts the protocol in good position to capitalize on increased trading volume from the next cycle. 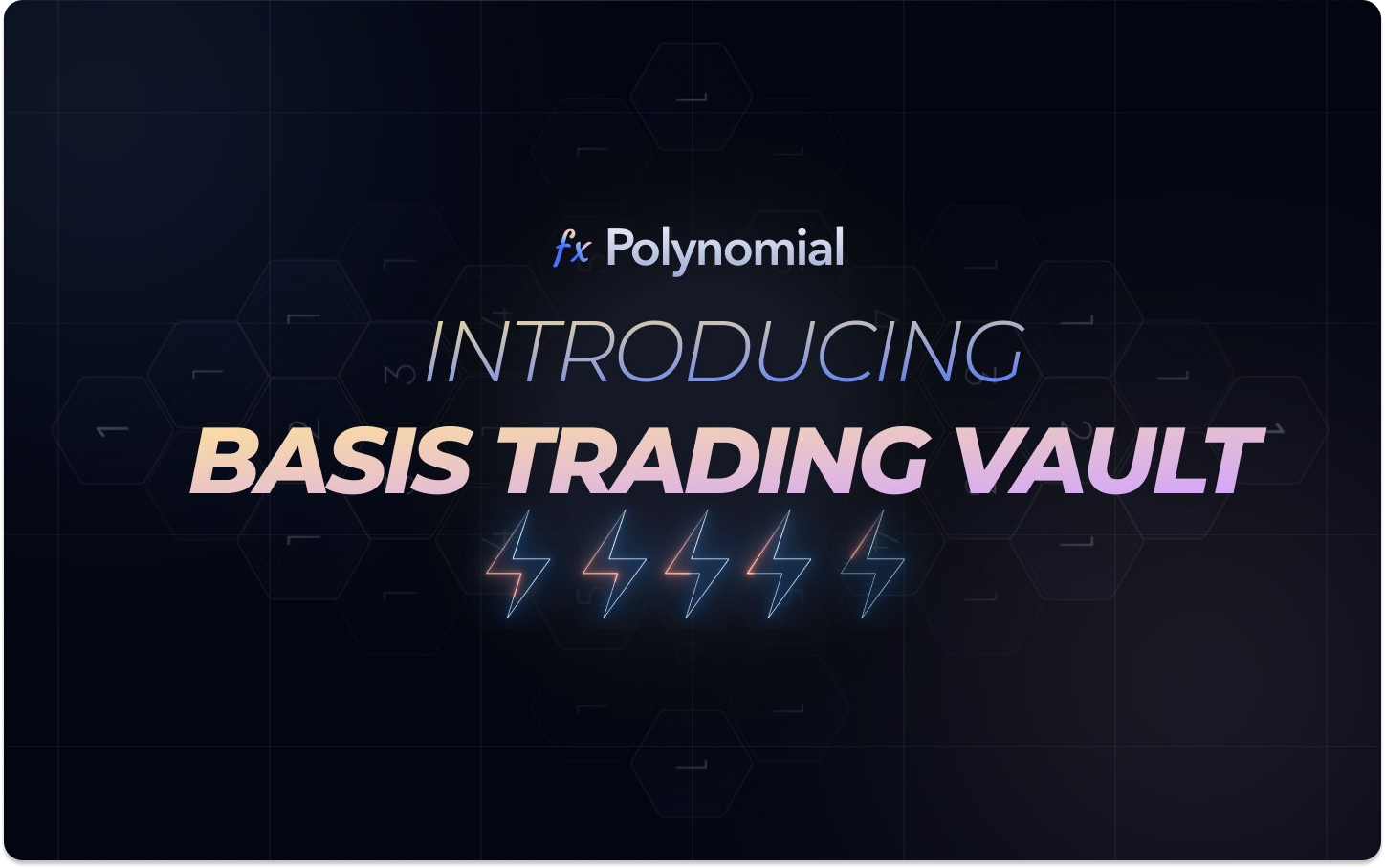 On July 8, 2022, Polynomial Protocol announced their basis trading vault for Polynomial V2. Basis trading refers to a trading strategy that focuses on profiting on the difference between the spot price and price of a futures contract of the same asset. The protocol’s basis trading vault would capture these inefficiencies and generate fees for its users.

This will allow users to move sUSD between Layer 1 (Ethereum) and Layer 2 (Optimism), increasing the network’s capital efficiency as users are able to unlock Layer 2’s speed and lower fees, as well as debt migration.

Kwenta, which provides the trading interface for futures trading on Synthetix, aims to add a host of improvements as well.

Synthetix’s long term vision is to eventually be a permissionless derivatives platform, allowing anyone to create any financial derivative. Stakers will also be able to choose collateral assets, besides the currently available SNX and ETH, allowing them to have full control over their credit by providing more options for liquidity and hedging.

Lastly, Synthetix will be able to offer “liquidity-as-a-service”, such that anyone looking for increased liquidity for on-chain derivatives can build on top of it.

In addition to achieving all-time high volumes, Synthetix’s performance is a great indicator of its platform’s growth in demand from investors despite poor market conditions. We see this trend especially in the crypto derivatives market, as investors are able to profit in either direction of the market.

It’s interesting to note that trading is not currently incentivized on Synthetix. However, should the SIP-254 proposal that diverts 20% of weekly inflation to trading volume and open interest follow through, it could potentially be a catalyst for even more trading on the platform.

Furthermore, with protocol and interface upgrades in the pipeline, trading UX will only get better, which in turn should lead to increased trading volume and higher rewards to stakeholders. Lastly, V3’s move to permissionless asset creation and liquidity-as-a-service model, would also be a significant catalyst to boosting DAU and trading volume.

Join our contest and win a Nan..