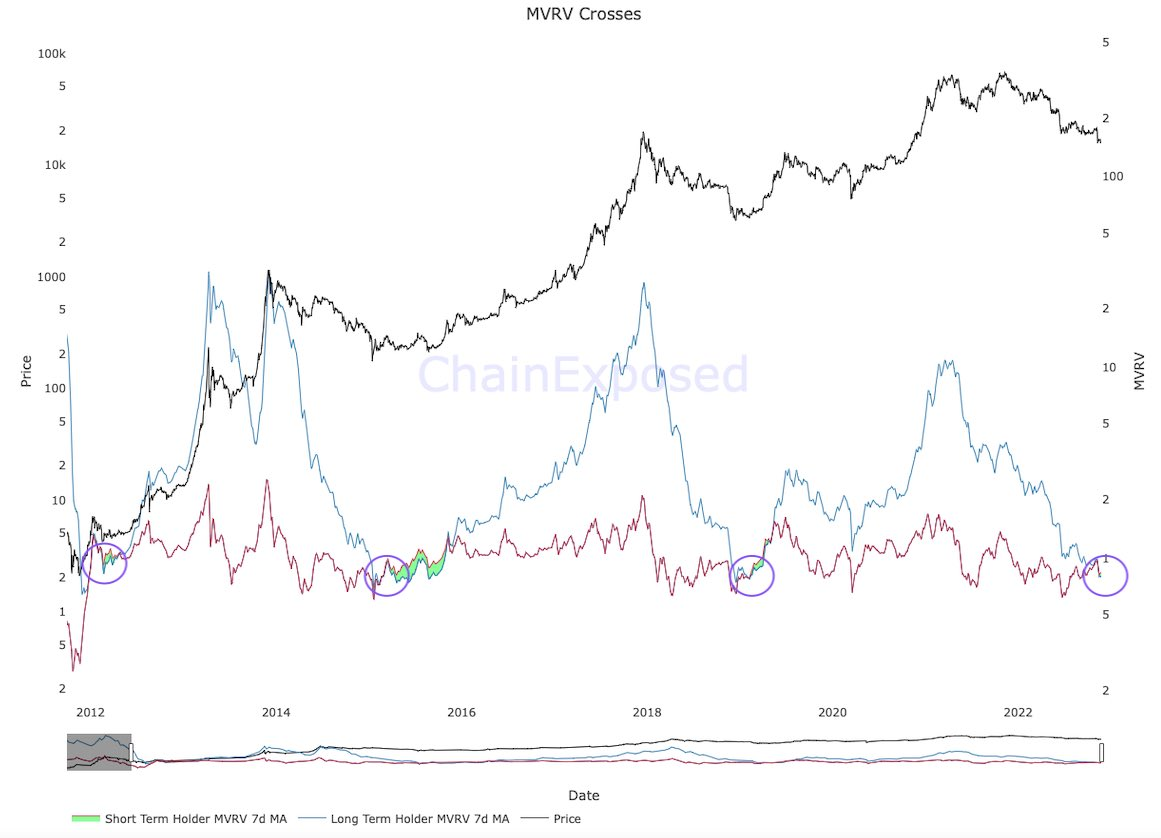 All is quiet over the U.S. Thanksgiving holiday. A gauge of the dollar’s strength fell on Thursday, extending its decline into the third day after the FOMC minutes revealed signs of potential moderation on rate hikes. European stocks gained, while mainland Chinese stocks underperformed as traders trimmed wagers on the economic outlook as Covid-19 cases soared.

In the crypto markets, major cryptocurrencies remained buoyed above key thresholds. As of the time of writing, BTC is trading at just under the $16.5k level after losing 1.6% in the last 24 hours. The MVRV of short-term holders recently crossed over that of long-term holders for the first time in this cycle. This could suggest a possible bottom formation, especially when direction traders are doing better than HODLers with strong convictions.

ETH is defending the $1,100 handle after posting a 2.2% decline in the same period. Mid-to-large-cap altcoins have largely flipped red, with several L1 tokens leading the downside correction on around 5% losses in a similar time frame. XRP, among the few exceptions, saw its price jump by almost 5% as a settlement agreement with the SEC no longer appears to be a remote possibility. 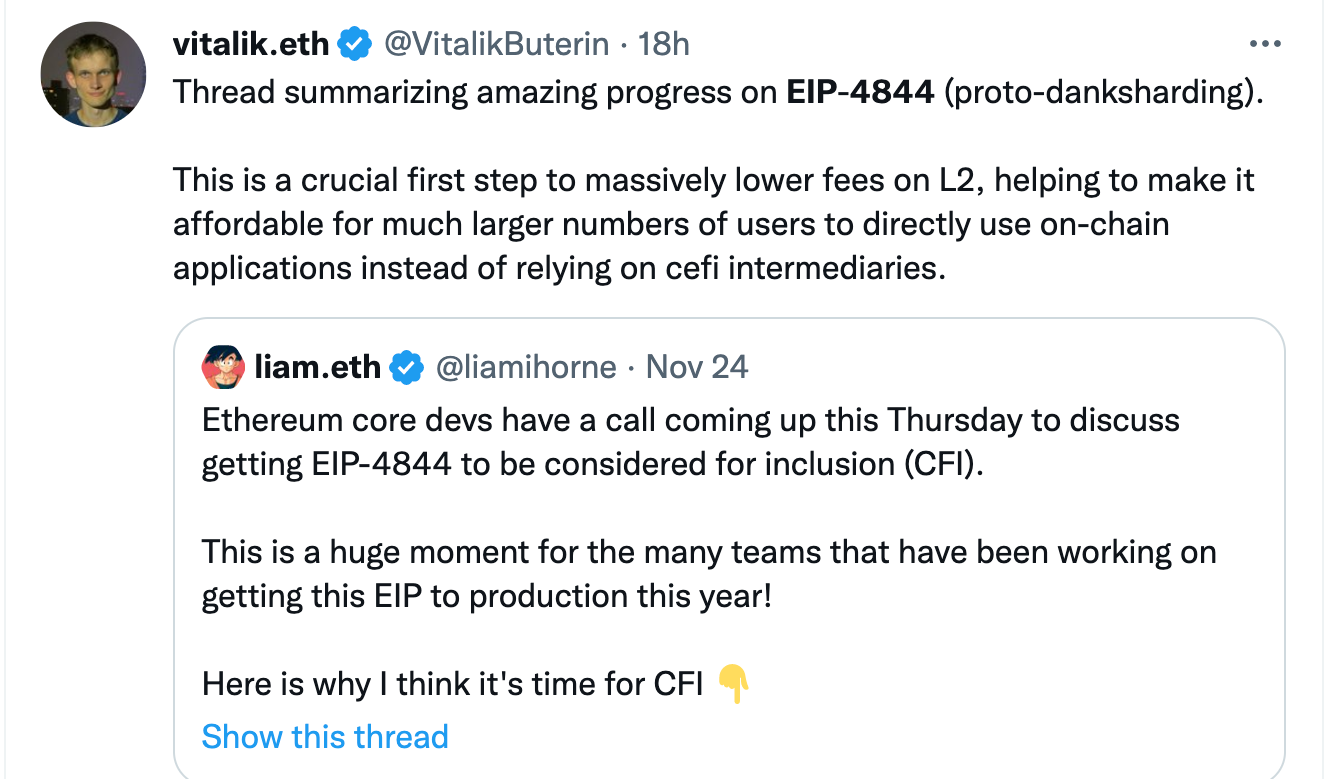 Ethereum developers are working towards including EIP-4844, a highly-anticipated scaling proposal, in a future mainnet upgrade, according to the latest Ethereum core developer meeting. The EIP-4844, also known as proto-danksharding, aims to improve the scalability of Ethereum beyond Layer 2 solutions. It will introduce a new transaction format called shard blob transaction, one that allows off-chain data to be stored and accessed by Ethereum nodes temporarily to address the scaling needs. The feature is a crucial first step to lowering fees on Layer 2 by magnitudes — a gamer changer for the roll-up-centric roadmap. If everything goes according to plan, this feature will be deployed on the mainnet sometime next year, possibly after the Shanghai upgrade.