Scaramucci Recalls ‘Betrayal’ by SBF: ‘I Considered Him a Friend’ 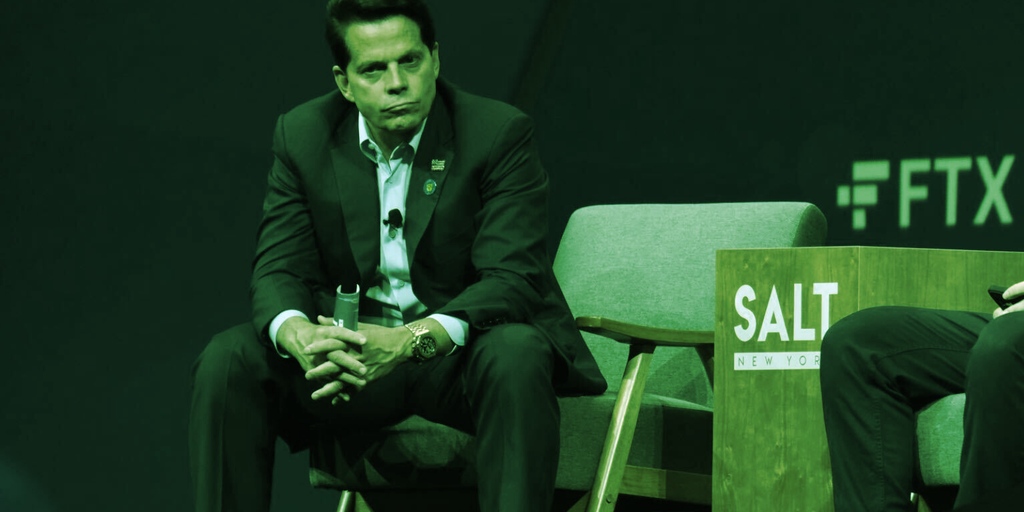 Anthony Scaramucci detailed his close relationship with former FTX CEO Sam Bankman-Fried, his family, and how he felt after the extent of the FTX collapse came to light during a panel discussion at the World Economic Forum in Davos.

“I had a close relationship with [Sam Bankman-Fried], I considered him a friend,” Scaramucci said during Casper Labs’ Blockchain Hub event. “So I have to tell you that the betrayal and fraud—it’s bad on a lot of different levels. It certainly hurt me reputationally.”

While getting to know Bankman-Fried, Scaramucci said he also got to know his father, who was a tenured professor at Stanford Law School, and worked on a charity with Bankman-Fried’s aunt. He also recalled traveling to Miami with Bankman-Fried and Shark Tank’s Kevin O’Leary, a former FTX spokesman, to host a mock Shark Tank for children.

Scaramucci, co-founder and managing partner of investment management firm SkyBridge Capital, told the audience that while he did not want to call FTX out for fraud in the past, he felt comfortable doing so now.

“If anybody here has read Dante Alighieri’s Inferno, you know what the ninth circle of Hell is reserved for,” Scaramucci said. “It’s for the betrayal of a friend who lives with the devil—the ninth circle of hell on the frozen lake,” he said.

Despite the dark imagery, Scaramucci said that Bankman-Fried’s actions don’t mean the end of blockchain or crypto.

“That’s why we have blockchain and crypto, because we’re trying to create a decentralized situation where we don’t have to like or trust each other,” he said. “We can transact with each other in a way where the technology basically sanctifies.”

“I am not going to stop the risk taking,” he added, wrapping up the panel that was titled, “Not for the Faint of Heart: Reflecting on Decades of Wins, Losses, Bulls & Bears.”

On November 11, 2022, FTX and several of its subsidiaries filed for bankruptcy, days after a bank run on its FTT token. The following month, Bankman-Fried was arrested in the Bahamas and extradited to the United States to face eight conspiracy counts.

Before his arrest, Bankman-Fried made several appearances, including an interview with New York Times columnist Andrew Ross Sorkin at the 2022 Deal Book Summit—against his attorney’s wishes—during which he attempted to explain the situation and apologize.

“I thought Sam was the Mark Zuckerberg of crypto, I did not think he was the Bernie Madoff of crypto,” Scaramucci said. “I got it wrong.”

Before the collapse of FTX, Bankman-Fried offered bailouts to several crypto firms as the 2022 crypto winter dragged on. “The reason that I have been doing it, frankly, is because it doesn’t seem clear to me that there are others who are stepping up and doing that,” Bankman-Fried said during an interview on the Decrypt GM Podcast.

In September 2022, two months before FTX filed for chapter 11 bankruptcy protection, FTX Ventures bought a 30% stake in Scaramucci’s SkyBridge Capital, worth around $45 million. At the time, Scaramucci’s tone was more amicable towards the former billionaire, who now faces life in prison if found guilty on all charges.

“Sam is a visionary who has built incredible businesses that are synergistic with the future of SkyBridge,” Scaramucci said at the time.