Polygon has been all the buzz lately with its series of announcements on partnerships with various mainstream companies in different market sectors. The one thing in common is what these partnerships would serve to bring Polygon, and by extension the web3 space and its users: Integrations with top social media platforms, consumer devices, and other applications reduce user friction when it comes to interacting with cryptocurrency, and this is exactly what these new partnerships aim to achieve.

Polygon is currently a top 20 cryptocurrency by market capitalization at $4.5 billion, and ranked 6th by TVL at $1.87 billion. 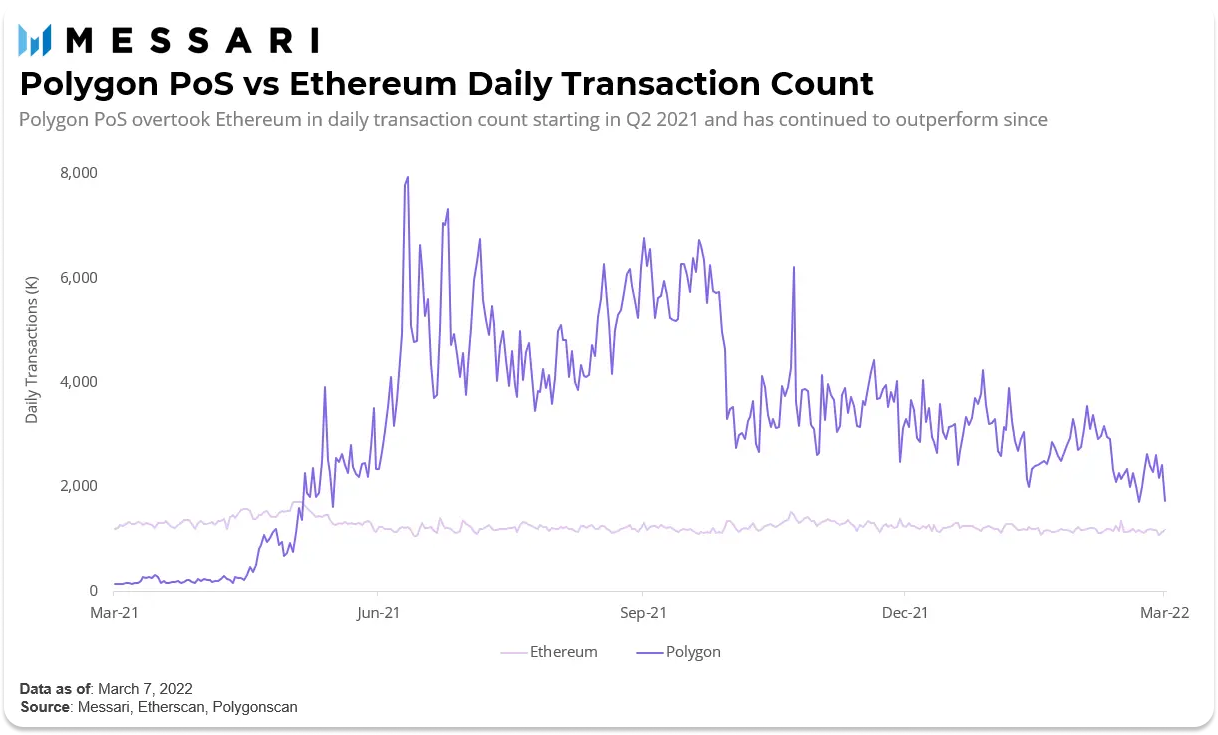 According to a report by Messari earlier this year, Polygon has overtaken Ethereum in terms of daily transaction count, reaching a peak of four times more than the said Layer 1 network.

This can be attributed to the large difference in transaction costs between Polygon and Ethereum, due to the fact that Polygon acts as a Layer 2 scaling solution to Ethereum.

To better understand Polygon and the technology behind it, check out our article here. 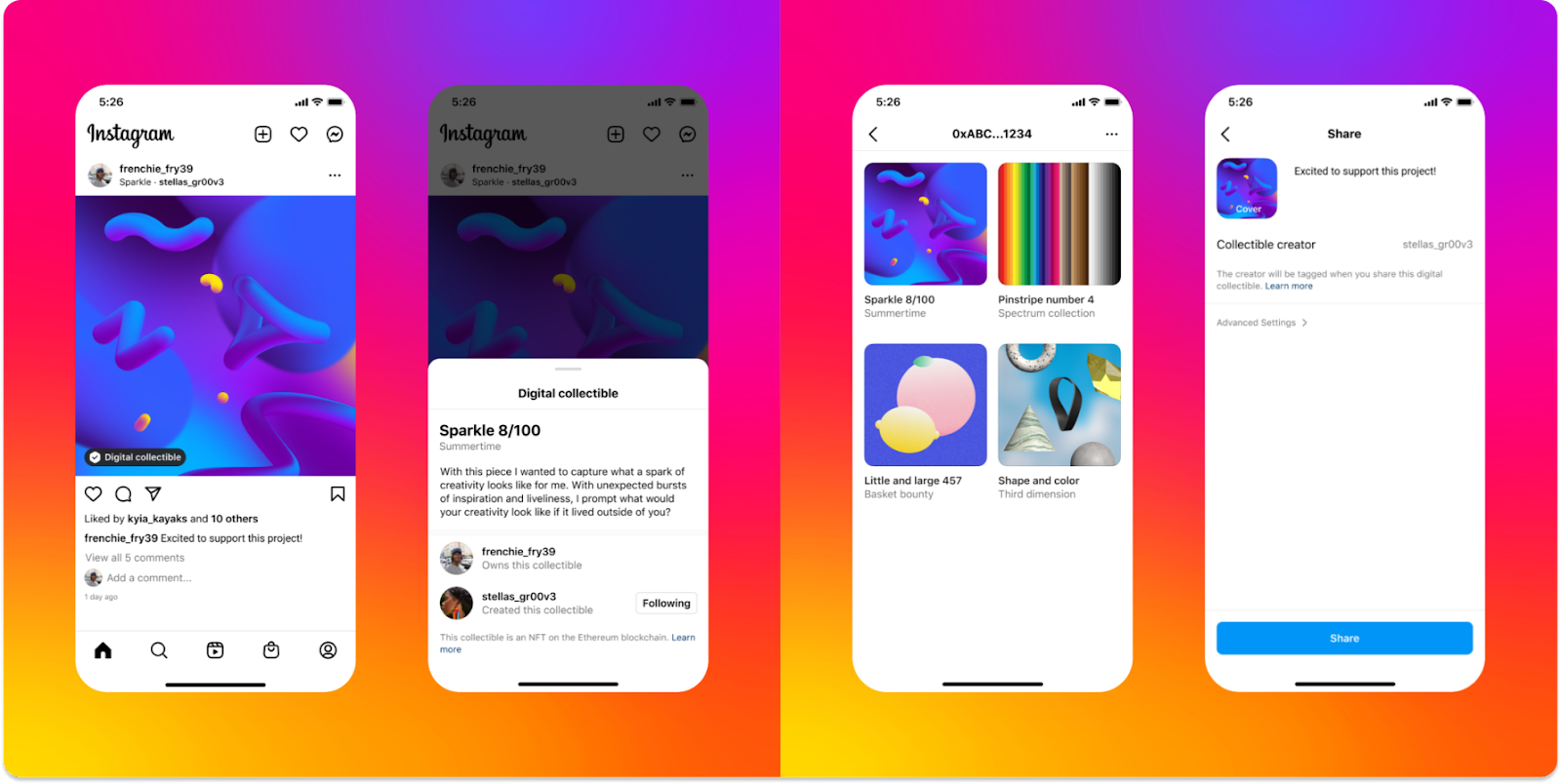 On May 10, 2022, Meta announced that they are testing a new feature on Instagram that allows creators to share NFTs on their feed. Users are able to connect their account to a web3 wallet and choose an NFT to share.

This feature connects users on Instagram directly to the blockchain, and as of the time of writing Meta has integrated the Ethereum and Polygon blockchains. Meta has further suggested that support for Solana and Flow would be on the way. 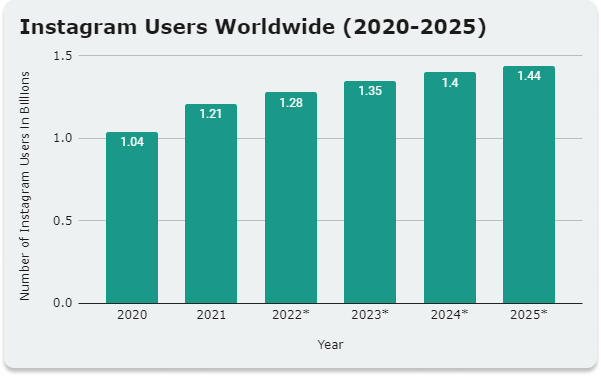 According to Statista, there were 1.21 billion users on Instagram in 2021 and an estimated 1.28 billion users in 2022. This is a significant number of users that will be exposed to crypto technology. With this update, the integration of Instagram with crypto wallets and NFTs would ease the transition of non-crypto users into the market.

Despite this, there is still a lot of stigma surrounding NFTs due to various scams and rugpulls. However, as Meta mentioned in their article, they believe that this integration will help creators monetize their work and create more opportunities for users to support their favorite creators. 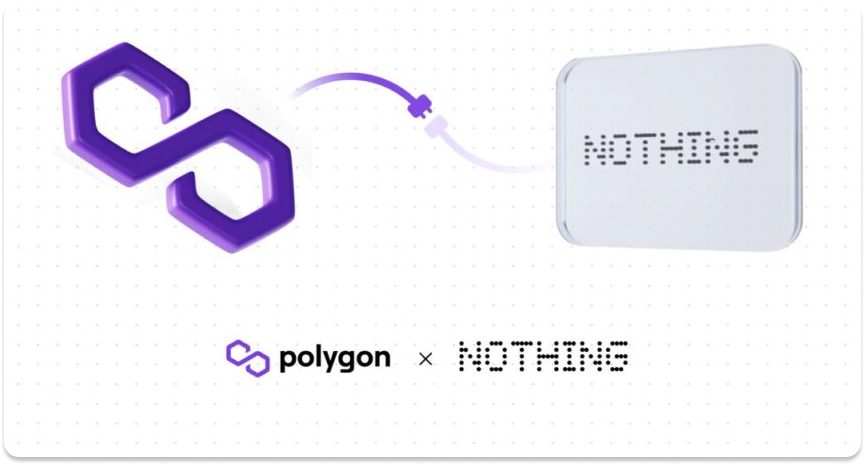 On July 5, 2022, Polygon announced their partnership with Nothing, a British tech start-up known for their Nothing Ear (1) product. This partnership involves the integration of Polygon with Nothing’s ecosystem of products, including its upcoming smartphone.

The upcoming integration with Nothing’s upcoming smartphone, the Phone (1), will involve an NFT loyalty program, allowing users to unlock exclusive content and brand merchandise and have easy access to the web3 space.

This partnership with Nothing comes a week after HTC launched their “metaverse phone”, the Desire 22 Pro. The device will launch with support for digital wallet and VR features, and is part of HTC’s move to expand into the web3 space.

With Solana also announcing smartphone developments with the Solana Mobile Stack and the Saga phone, this sparks a new wave of blockchain companies expanding their reach into the mobile industry. 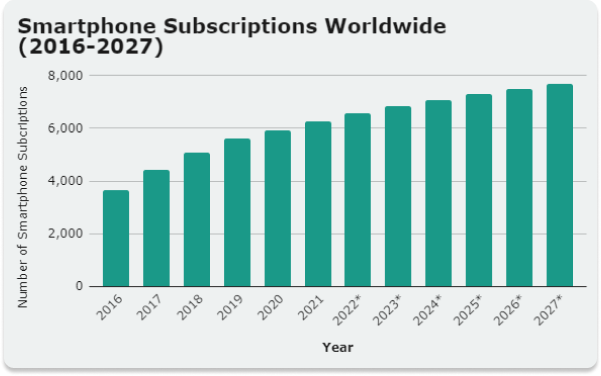 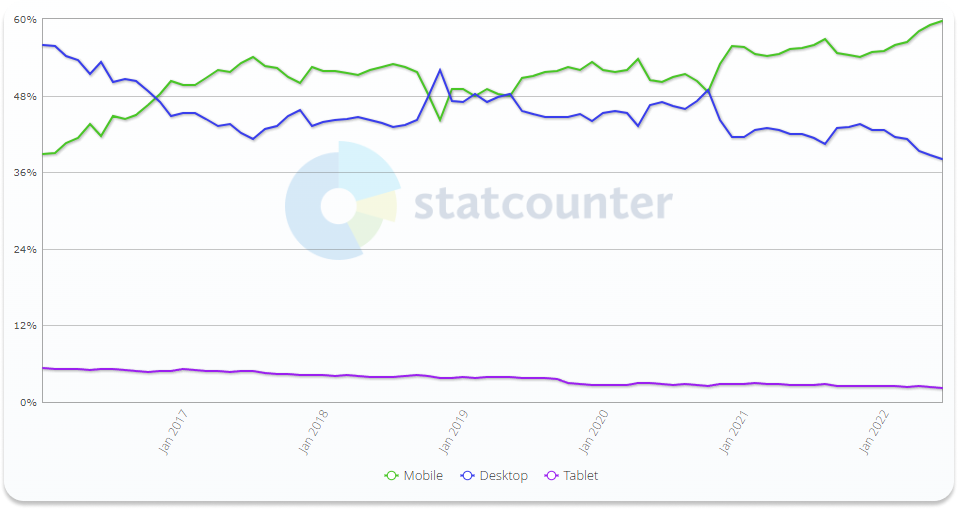 It is interesting to note that mobile devices have an estimated 81% penetration of the global population, as seen from the estimated 6.5 billion users in 2022. Mobile devices also command 60% of the total market (between mobile, desktop, and tablet devices), surpassing desktop devices (38%) since 2016, which have been on a downward trend, more on this here.

This indicates that the mobile device is the number one gateway to the internet, and by extension, the web3 space. Thus it makes sense that blockchain companies are starting to expand and focus on mobile development.

On July 7, 2022, Reddit announced a partnership with Polygon for their new NFT avatar marketplace that allows users to purchase NFT profile pictures (PFPs). This feature does not need a crypto wallet, allowing users to easily purchase the NFTs via credit or debit cards. These NFTs would be minted on Polygon and can be stored on Reddit’s own crypto wallet, Vault.

This announcement comes after the social media platform integrated with Ethereum previously to allow users to choose any Ethereum-based NFTs as their PFP. 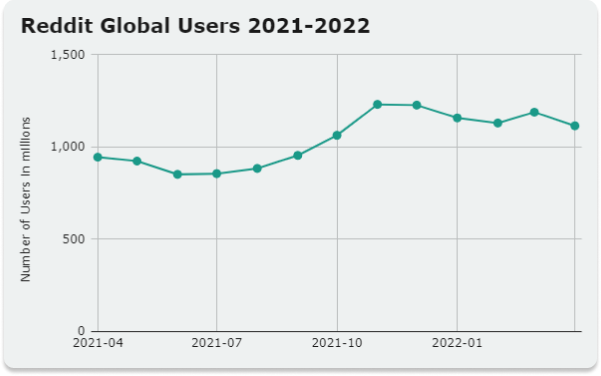 Polygon’s partnership with Reddit unlocks yet another extensive user base, with Reddit seeing upwards of a billion users visiting the platform each month, according to Statista.

On July 7, 2022, Polygon announced deposit and withdrawal support for all crypto assets listed on its exchange. Previously, crypto assets on the Robinhood app were essentially silo-ed. With this feature, users are now able to interact with various crypto wallets. 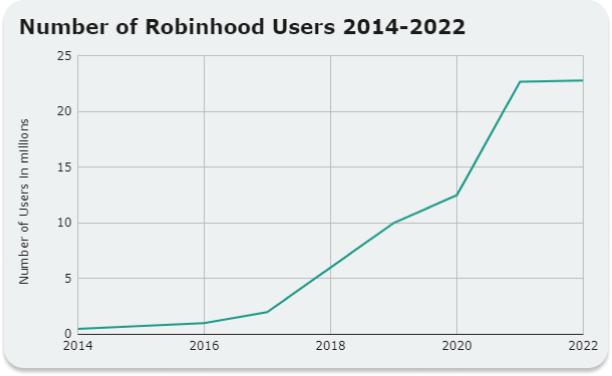 It would be safe to say that this new feature expands the web3 space to more investors, reducing user friction and allowing users the ease of purchasing crypto assets from their preferred investing platform. 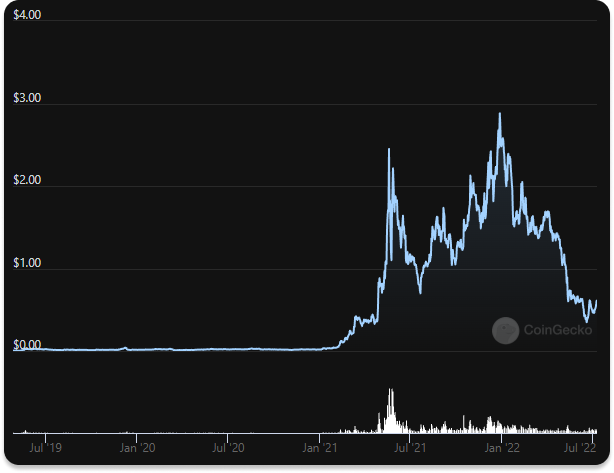 Whilst crypto prices remain sideways in the current market conditions, the recent partnerships and integrations with Polygon show that developments are still ongoing, indicating that mainstream companies and platforms are adopting cryptocurrencies and looking to build in the web3 space.

With Polygon being a Layer 2 scaling solution to Ethereum, the largest smart contract blockchain in the space, Polygon is primed for the growing number of users that will be onboarded via current and forthcoming integrations and partnerships. In addition, with its $450 million raise in February, Polygon is well funded and able to continue expanding their reach into the DeFi, NFT, gaming, and metaverse spaces. As such, we are excited to continue following developments on Polygon.