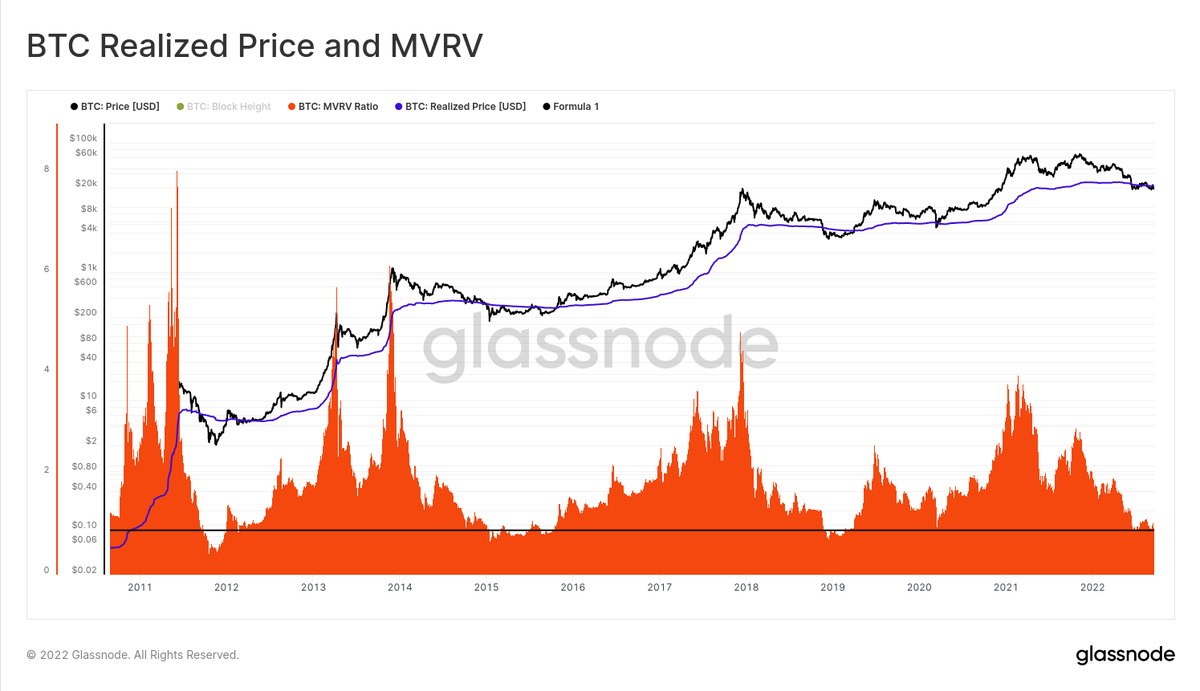 The U.S. FOMC concluded its September meeting with a unanimous 75 bps rate hike — the fifth one in 2022, and it certainly won’t be the last. The officials have also adjusted their projections of the benchmark rate to 4.4% by the end of the year, indicating a steeper road ahead to cool the flaming inflation. The Fed solidifies its resolve to combat inflation despite risks of surging borrowing costs driving the economy into recession. The global equity market witnessed soaring volatility, as overwhelmed traders grappled with the aggressively tightening monetary policies. Within hours after the Fed’s announcement, the Bank of Japan continued to stand by its ultralow interest rate, further isolating itself from the global wave of policy tightening, while fueling a slide in the yen to a 24-year low. Key stock benchmark whipsawed. U.S. Treasury yield breached 4%, while U.S. 10-year rates flipped those on 30-year bonds, raising red flags of an impending recession.

The crypto market saw some violent gyrations following the Fed’s rate decision. Major cryptocurrencies soared in shock in the initial hours, then spiraled. As of the time of writing, BTC is changing hands below the $19k handle after posting a 1.5% loss in the last 24 hours. Surging volatility in BTC’s spot prices is unsurprising, especially when BTC’s correlation with S&P500 (6-month basis) has reached new highs. The MVRV value once again dipped into the oversold territory as BTC’s price fluttered precariously above the realized price, opening up possibilities for further breaches of on-chain price walls.

In a similar vein, ETH sank below the $1,300 handle after shedding 5.3% of its market value in the same period. The second-largest cryptocurrency has been tumbling since the completion of The Merge. ETH’s options skew has also declined, indicating a deepening short-term bearish sentiment. Most major altcoins are submerged in a sea of red, with the exception of ALGO, which defied global risk asset selloff with a 7.2% increase in the past 24 hours. 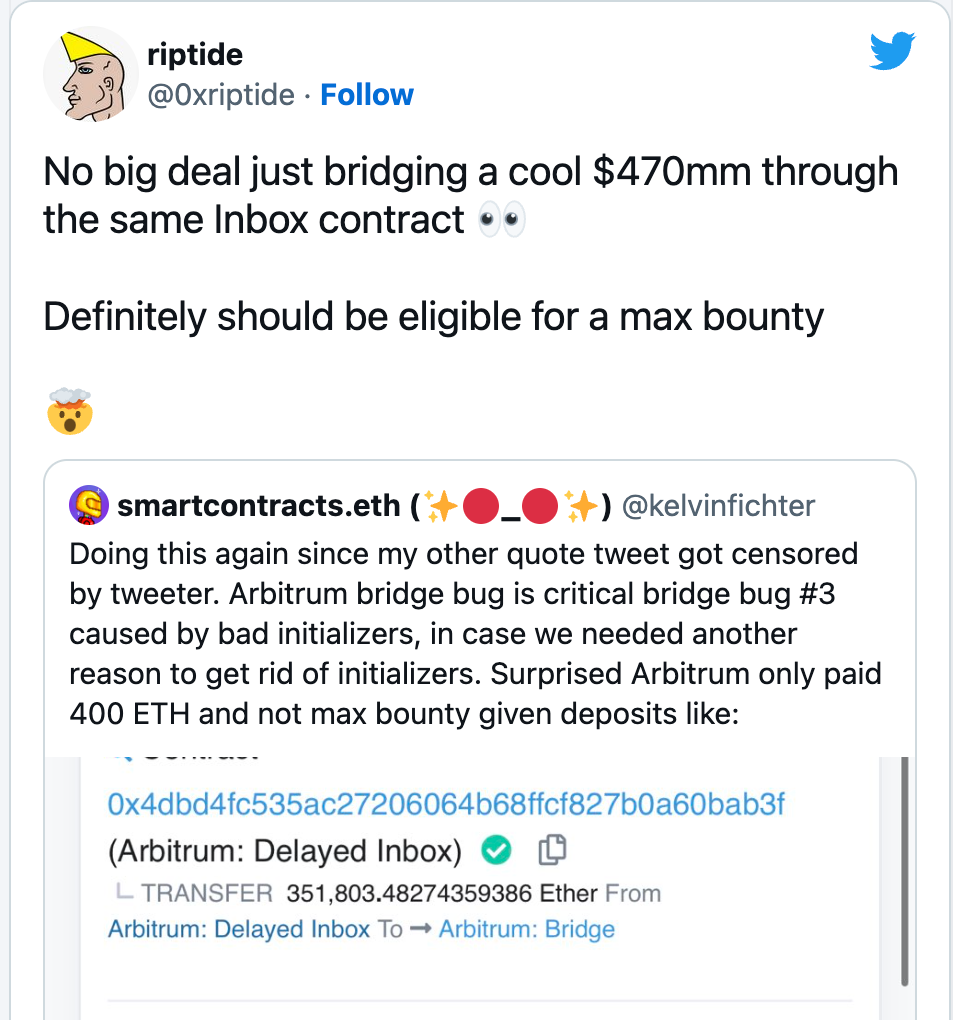 A white hat hacker has discovered a bug in Arbitrum’s latest Nitro upgrade, which had been live for almost three weeks and could have led to the theft of over $350 million. The flaw was located in the bridge between the Ethereum Mainnet and Arbitrum Nitro. Once exploited, it would allow hackers to replace Arbitrum’s destination with their own, thus redirecting any funds that are meant to flow from Ethereum to Arbitrum straight into the hacker’s wallet. Arbitrum’s builder, Offchain Labs, rewarded the hacker, who operates under the pseudonym 0xriptide, with a bounty of 400ETH for his timely discovery.