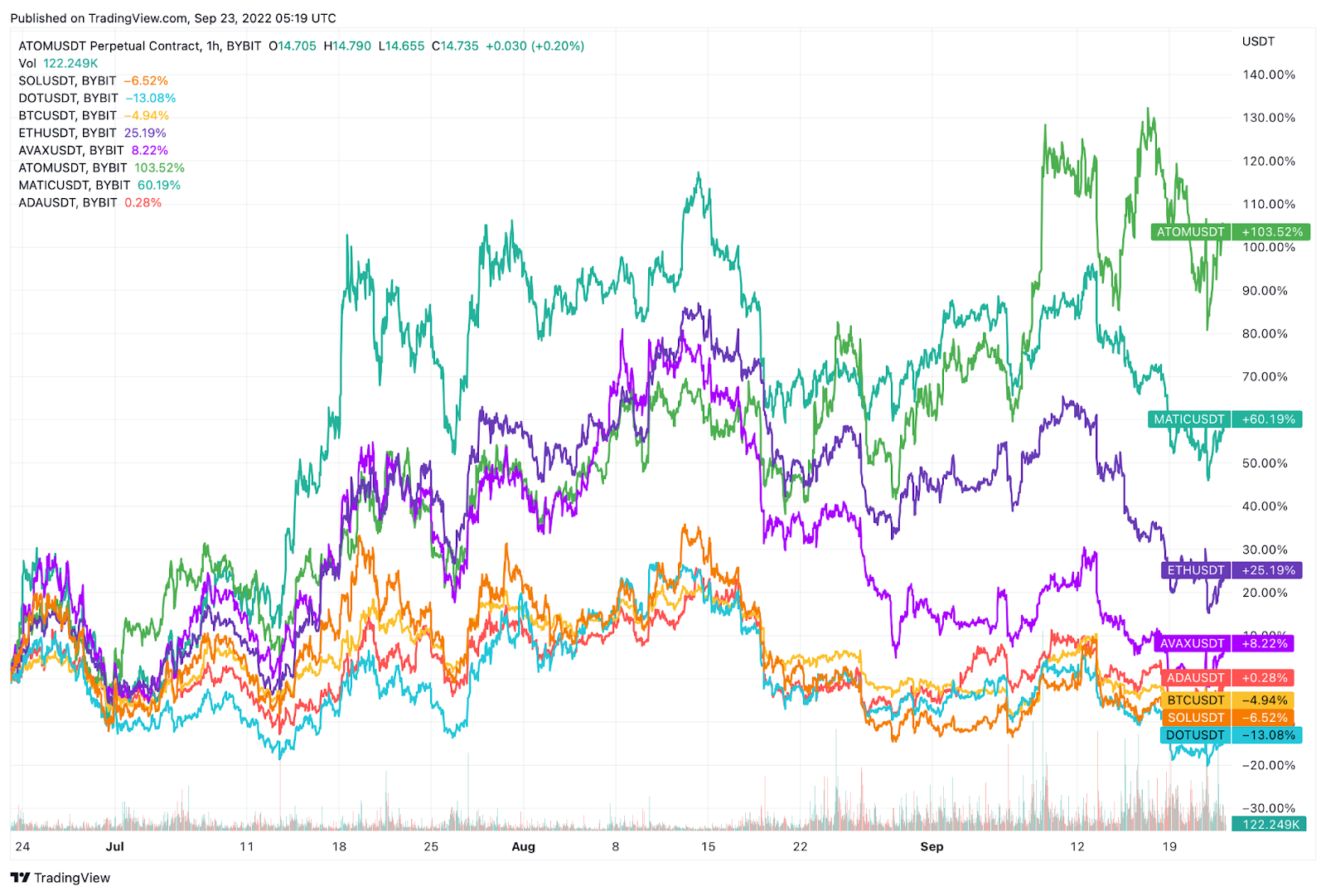 The broader market regained some lost ground on Thursday despite U.S. equities closing lower as many central banks echoed the Federal Reserve’s decision to boost rates to curb inflation. As of the time of writing, BTC is well-bid above the $19k handle after posting a 3.5% increase in the last 24 hours. A key contracting triangle with support near $19.2k is taking shape on BTC’s hourly chart. On the upside, BTC is facing an immediate resistance near the $19.4k to $19.7k zone, and a clear break above the zone would likely open the door to a new rally.

In a similar vein, ETH is changing hands above the $1,350 mark after a 6.8% jump in the same period. On-chain metrics reveal that ETH miners have dumped over 16,000 ETH in the Merge week, partly contributing to weakness in spot prices post-Merge. ATOM, among several other sell-off-defying L1 tokens, has become one of the top-performing tokens in the past months, outpacing BTC, ETH, and all its competitors. The token rallied on speculations of an imminent shift towards a better value accrual model for ATOM token holders. In terms of use cases and applications, Cosmos is still home to many promising projects such as Kava and Osmosis in the aftermath of the Terra collapse. Meanwhile, most major altcoins arose from the carnage early this week, with XRP leading the recovery on an astonishing 30% jump, as ALGO, XLM, and CRO post double-digit percentage gains in a similar time frame. 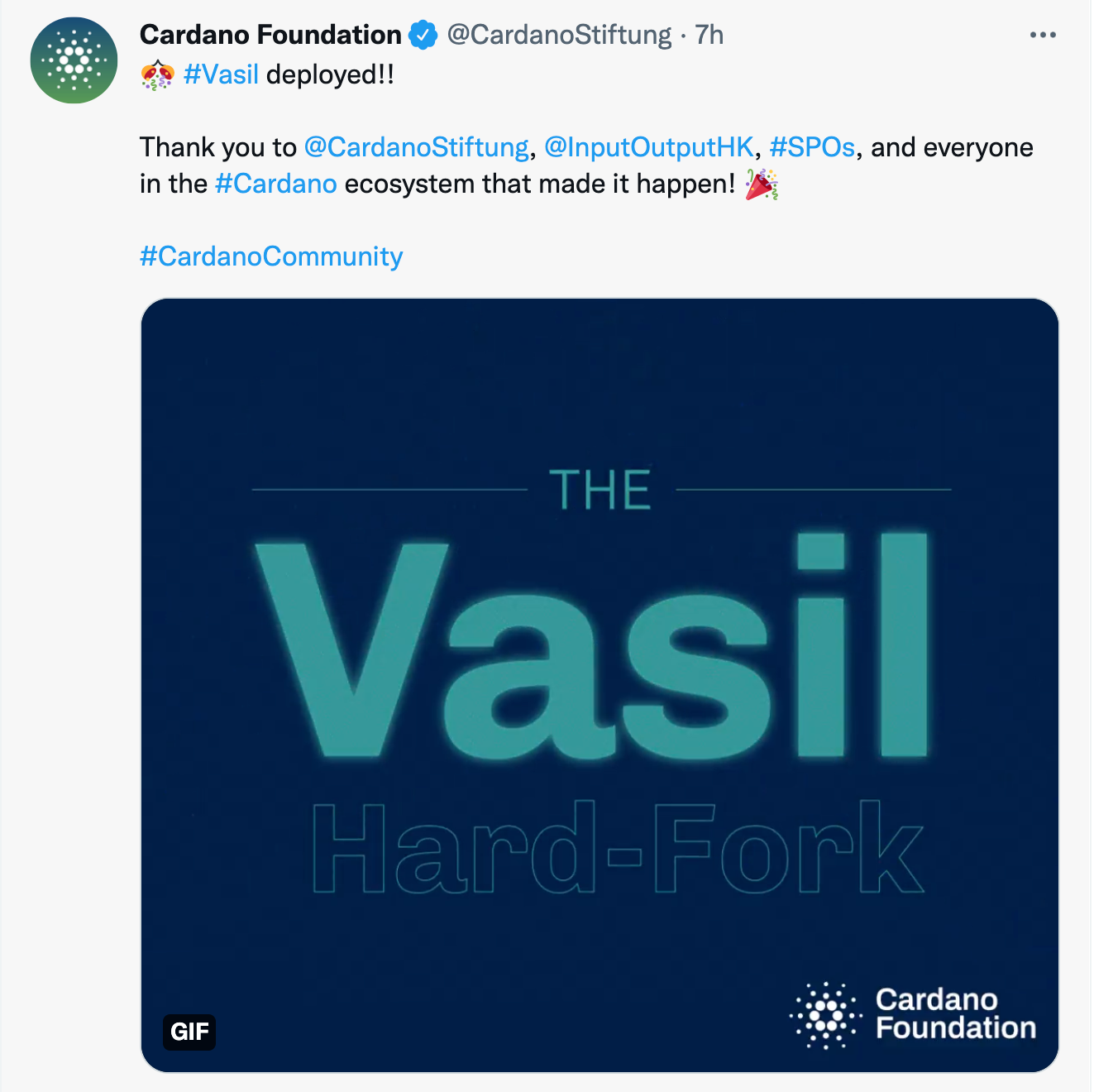 The Cardano network has kicked off the five-day Vasil hard fork, a much-anticipated fork that is described as “the hardest update” ever done since the project’s inception in 2017. The Vasil hard fork will leverage Cardano’s hard fork combinator technology that introduces new features without losing data from the older version. Once completed, the Vasil upgrade will enhance Cardano’s smart contract capabilities, reducing script execution costs and transaction size, and thus improving the blockchain’s throughput.

IRS to summon users who don't ..