Kujira: Everyone Deserves to Be a Whale

Kujira: Everyone Deserves to Be a Whale 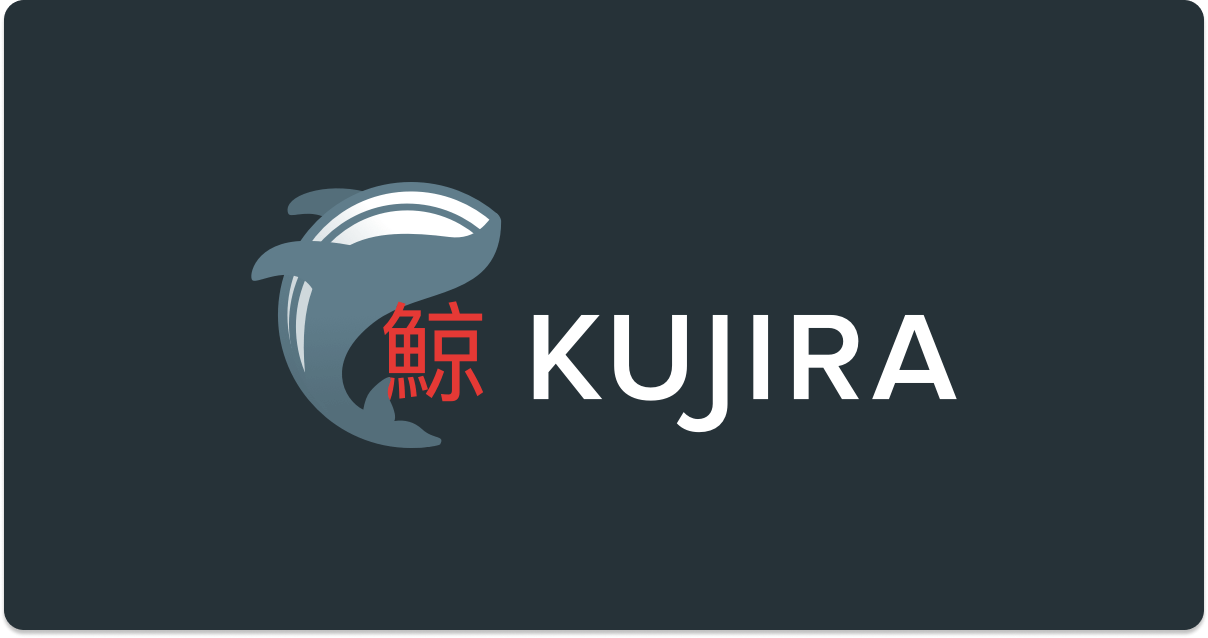 Kujira’s manifesto, “Everyone deserves to be a whale”, is clearly reflected in their vision and aim to level the playing field in DeFi. They hope to achieve this through building dApps that any individual can use to perform financial transactions that are usually privy to institutions, whales, or technical individuals.

Kujira found its beginnings on the Terra (now Terra Classic) blockchain as ORCA, a liquidation platform focusing on liquidations on Anchor Protocol, which, at its height, had over $3 billion in loaned assets. After Terra’s death spiral, Kujira migrated to Cosmos as its own sovereign Layer 1 blockchain and has since established a suite of interconnected products, with more to come in the pipeline.

The team operates anonymously, but enjoys a reputation among the Terra and Cosmos communities for their ability to deliver useful products with much needed utility and excellent UX.

Kujira launched on Terra Classic via an IDO on the StarTerra platform, and their backers include Do Kwon, GT Capital, Qi Capital, and StarTerra, among others.

With Kujira’s whitepaper not yet released, there is not much detail on their blockchain architecture. But we can assume that it does not divert much from the typical Cosmos L1, which you can read about here. 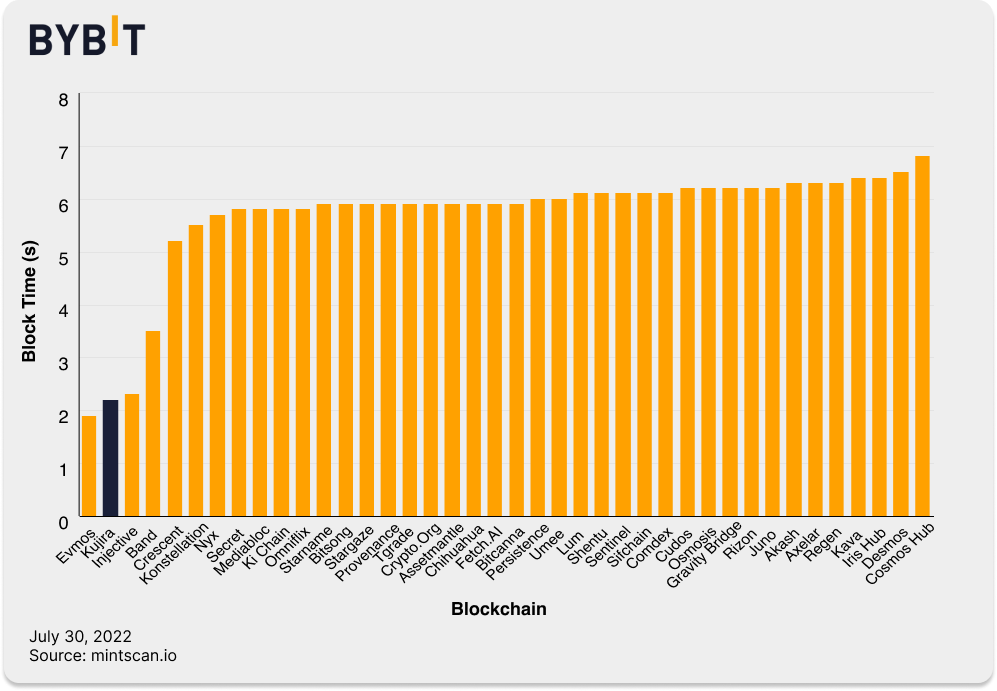 Kujira boasts a block time of around 2.2 seconds, which makes it among the fastest on Cosmos alongside Evmos (1.9 seconds) and Injective (2.4 seconds), while the rest of the Cosmos blockchains achieve between 5-7 second block times.

Fast block times are important for Kujira, especially for FIN, as it is an order book-based DEX. Furthermore, the lower latency reduces opportunities for validators to front-run transactions. On Kujira, via Tendermint, transactions are performed on a first-in-first-out (FIFO) basis by default, and can only be front-run by validators via transaction reordering during blocks for which they are the proposer.

ORCA is a public marketplace for liquidated collateral, allowing users to purchase liquidated assets at discounts.

On Terra Classic, ORCA allowed users to bid on liquidations on Anchor Protocol using UST and aUST. This was made possible by Anchor’s liquidation queue contract, which incentivized liquidators to liquidate loans by allowing them to obtain the underlying collateral at a discount.

Users would place bids with their preferred premium — which is the discount that the bidder receives for liquidating loans on Anchor. Premiums range from 0% – 30%, and loans are liquidated starting from the lowest premium before the next highest are activated, until there are either no collateral items to liquidate or no more bids placed.

Before ORCA, loans could only be liquidated via bots or users interacting directly with the liquidation queue smart contract. This put regular users at a disadvantage, as only a select few were able to profit from liquidated collateral. 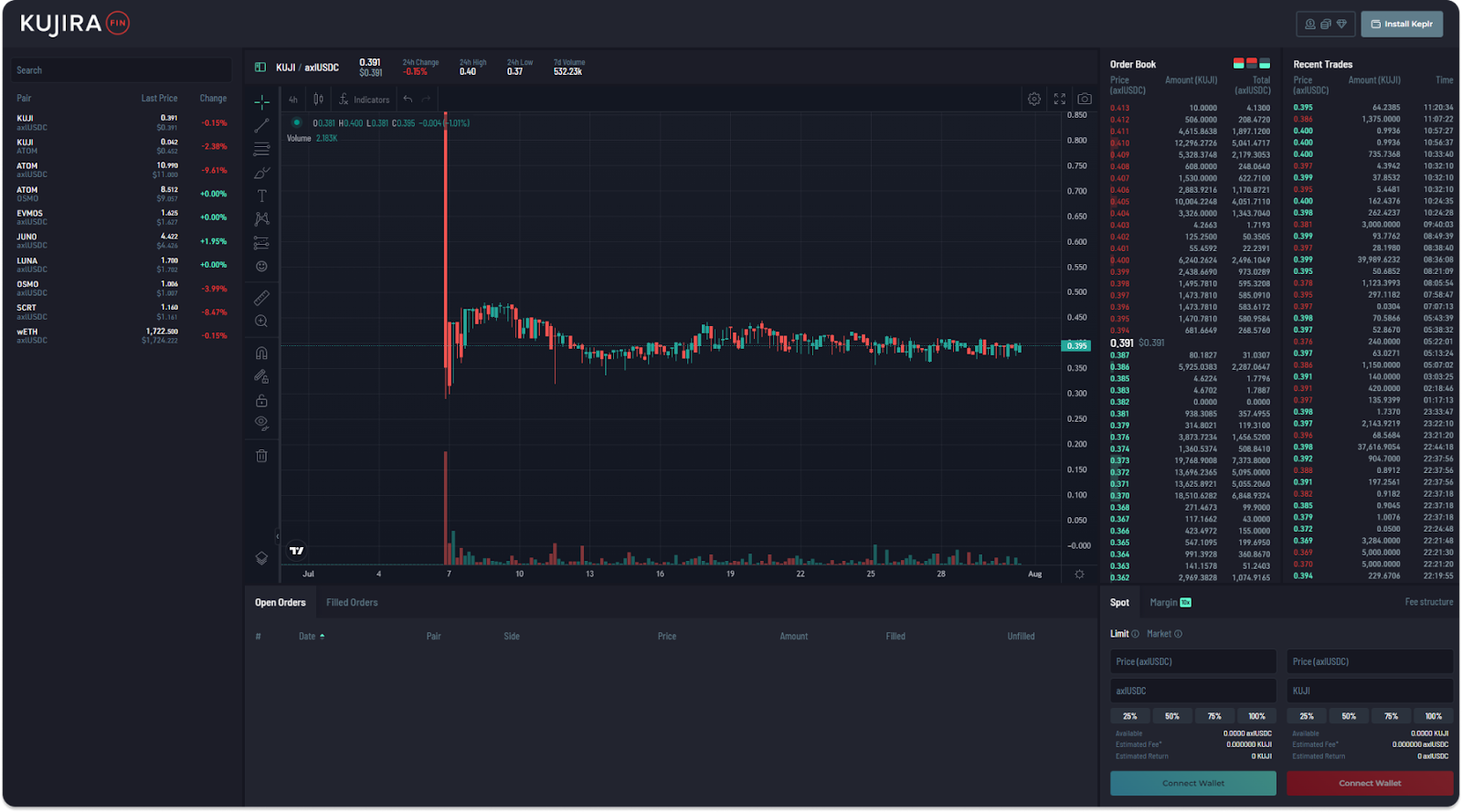 The CDA model is typically used by centralized exchanges (CEXs). In this model, orders are processed on a price, then FIFO basis. This incentivizes and prioritizes speed and results in front-running issues.

To combat front-running, CLOB-based DEXs like Injective and Sei on Cosmos utilize a Frequent Batch Auction (FBA) model, which accepts and fills orders according to priority over a period of time (auction interval). On Injective, the prioritization looks like this:

On the other hand, FIN facilitates fair trading by executing orders equally based on weight. For example, Trader A places a buy order for $100 worth of KUJI at $1, but there is an existing order for $900 at $1. If someone places a sell order for $500 at $1, Trader A’s order is filled for a weighted equivalent of $50, whereas in a FIFO model he would’ve received $0.

With this, Kujira exemplifies their seriousness in making its products fair for all market participants, regardless of size. 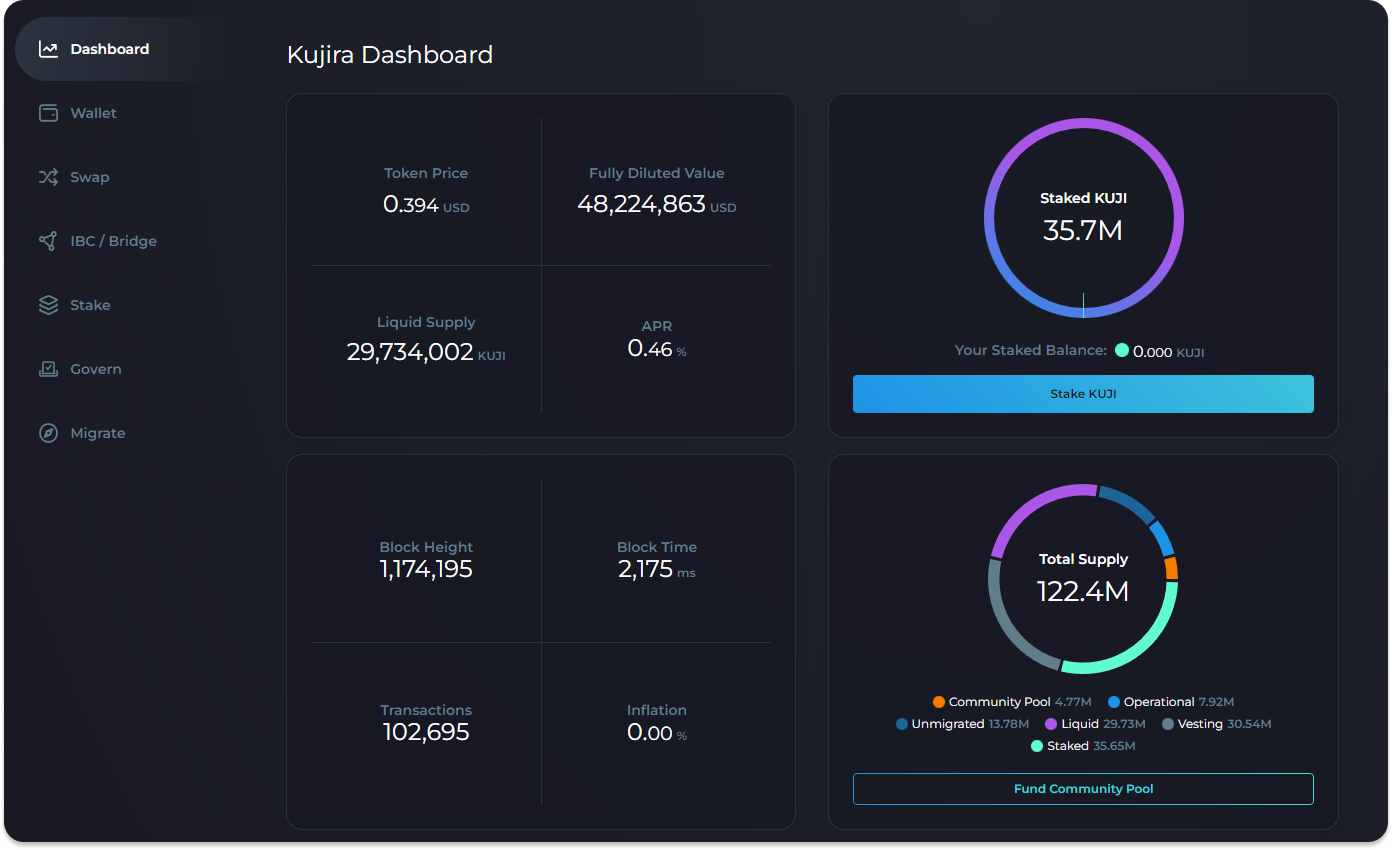 BLUE is the core of the Kujira ecosystem and contains the ecosystem dashboard, wallet, a simple swap UI, IBC bridge, as well as the governance portal. 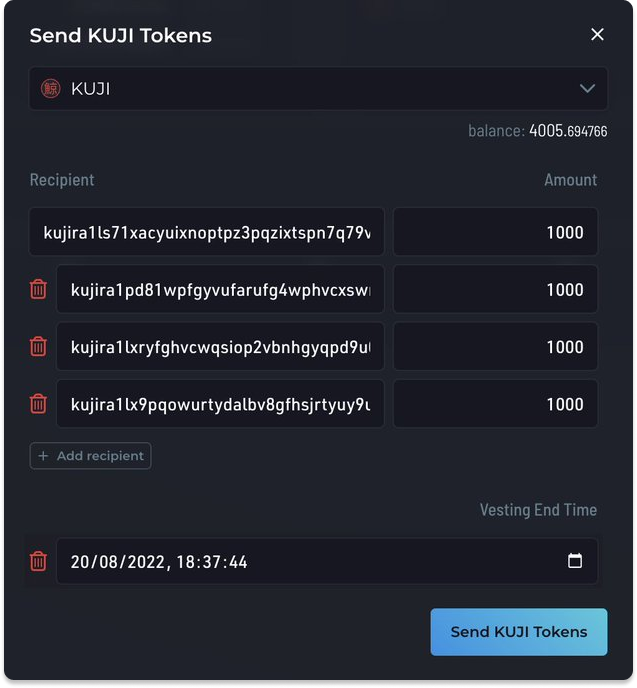 Kujira’s wallet on the Blue dApp has advanced functionality, allowing users to send tokens to multiple recipients with vesting periods. This could be utilized by protocols, DAOs, or anyone looking to make payments with custom vesting periods without having to code their own vesting contract.

The Swap interface on BLUE is not unlike a basic swap UI that one might find on an AMM DEX. However, trades made through Swap are routed through Kujira’s own CLOB DEX, FIN. This presents an alternative frontend for users not used to the more advanced trading interface that FIN offers. 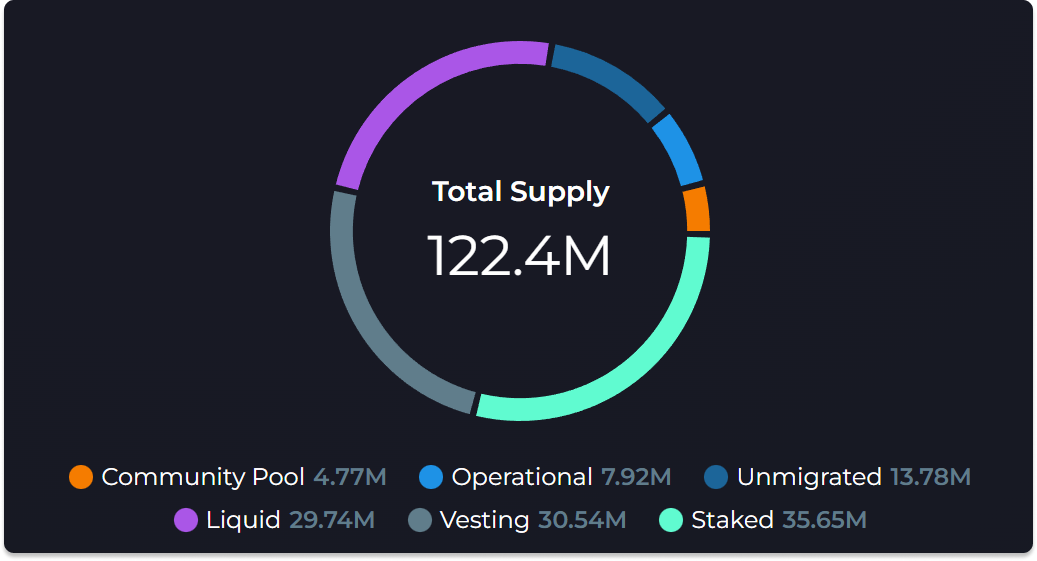 KUJI is the native token of the Kujira network and has a total supply of 122.4 million tokens. It was reduced from 150 million tokens after a governance proposal to burn liquidity pool rewards was passed on Jan. 18, 2022. KUJI is used for gas fees and dApp fees, which are distributed to KUJI stakers.

As seen from the image above, there are still 13.78 million tokens that are yet to be migrated from the Terra Classic chain, and are not considered part of the circulating supply. Thus the total supply as of the time of writing is 108.62 million. 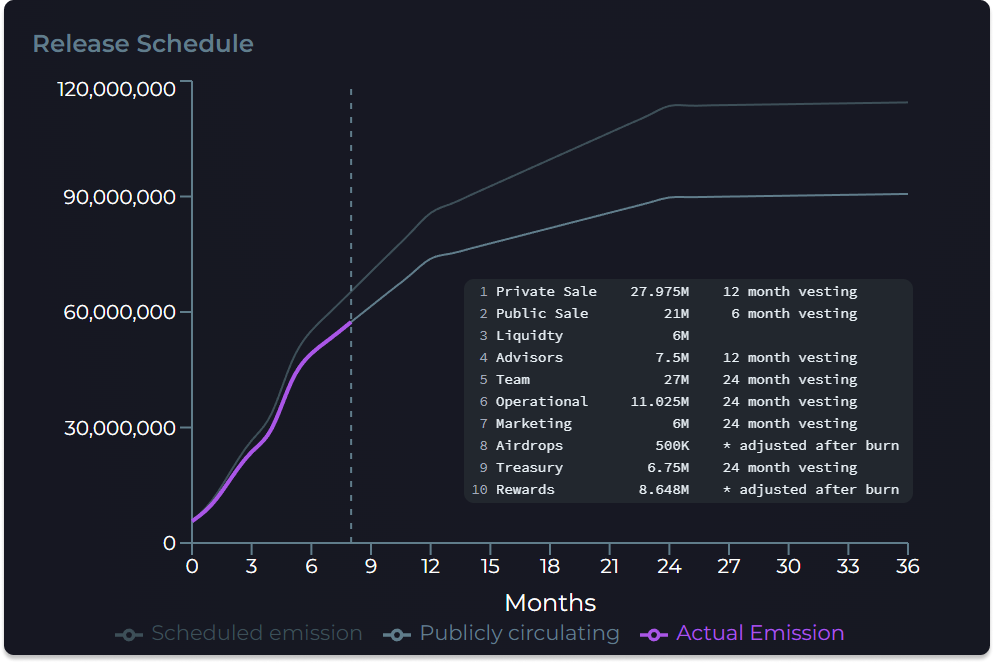 The token release schedule is as above, and will conclude on Nov. 9, 2023.

ORCA has been dormant since the Terra crash, but will soon be launching on various lending markets, starting with Karura. 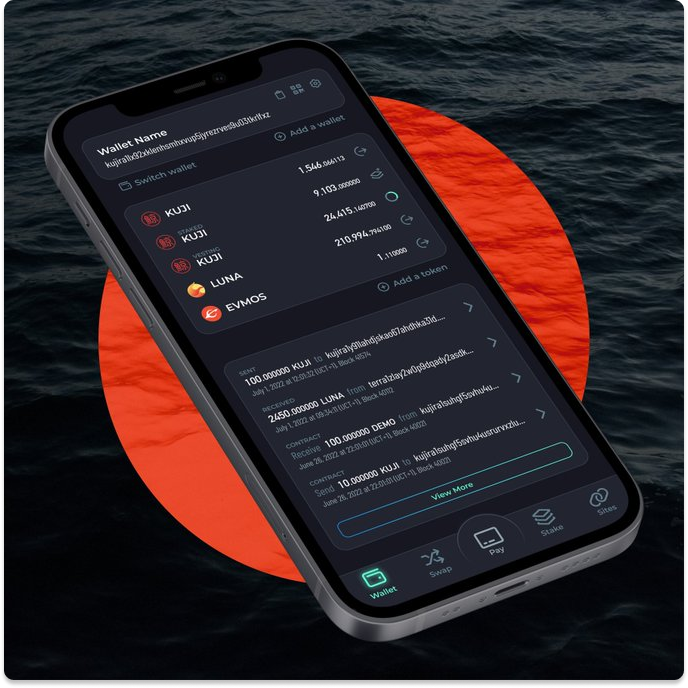 On July 4, 2022, Kujira announced their mobile wallet. Although not much details have been given, we see that this is a potential catalyst for the Kujira ecosystem, as a mobile wallet facilitates the onboarding process of users to the network, and provides potential utility for day-to-day transactions.

Kujira is a semi-permissioned blockchain, which means that protocols looking to launch contracts on the blockchain must first be approved via governance. This allows Kujira to maintain the quality of the network and focus on protocols that are revenue generating with great UX, in alignment with their own dApp offerings.

As of the time of writing, there are currently three protocols that have successfully passed community funding proposals and are in various stages of testing. The protocols are:

These protocols will have to submit another proposal once they are ready to launch their contracts on Kujira mainnet.

Common among these protocols are that they provide utility for users and help grow the Kujira ecosystem. Furthermore, revenue from these protocols will be shared with $KUJI stakers. 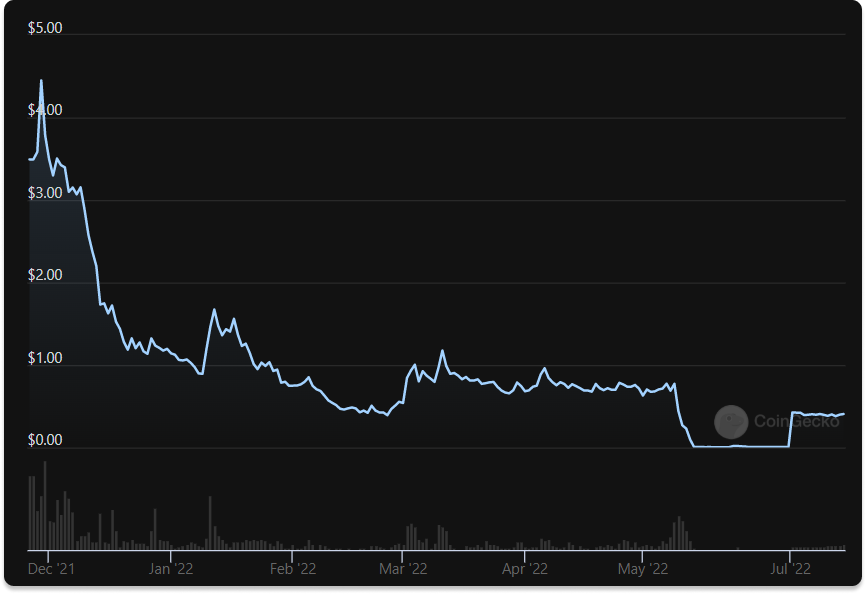 As of the time of writing, KUJI is trading at $0.4, giving it a market capitalization of $30.7 million at an FDV of $50 million. The token is trading at -91.9% from its all time high, and has been beaten down since the Terra crash before rebounding after its migration to its own blockchain. 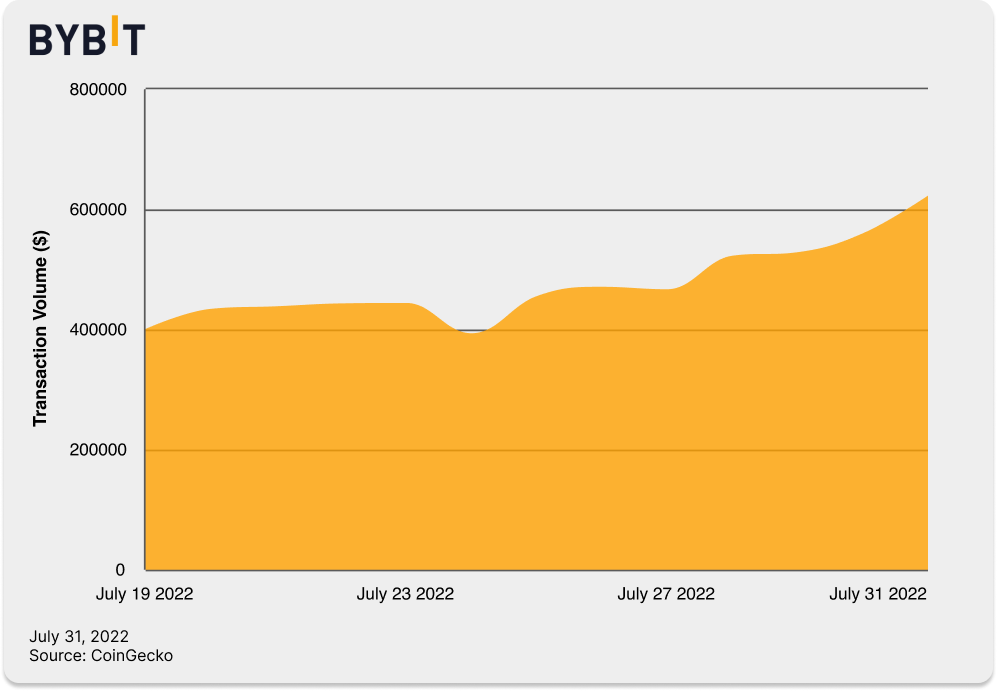 Protocol activity, although low, has been steadily increasing, seeing over $6 million in transaction volume over the last 14 days. With the addition of more protocols on the network that will help spur trading activity, we look forward to seeing how the platform will continue on its growth trajectory.

As of the time of writing, KUJI stakers are earning 0.45% APR in staking rewards, which are derived from network and fees from FIN. This will only continue to increase as trading volume increases and more dApps launch on the network.

Furthermore, protocol engagement and site traffic metrics have been increasing. These numbers, although small, indicate that Kujira is in a healthy state of growth despite overall market conditions remaining stagnant. As FIN continues to add more assets, we see trading volume continuing its upwards trend.

With multiple catalysts on the horizon, we will be keeping an eye on Kujira as they are well positioned for the next bull cycle should they be able to continue their impressive development.