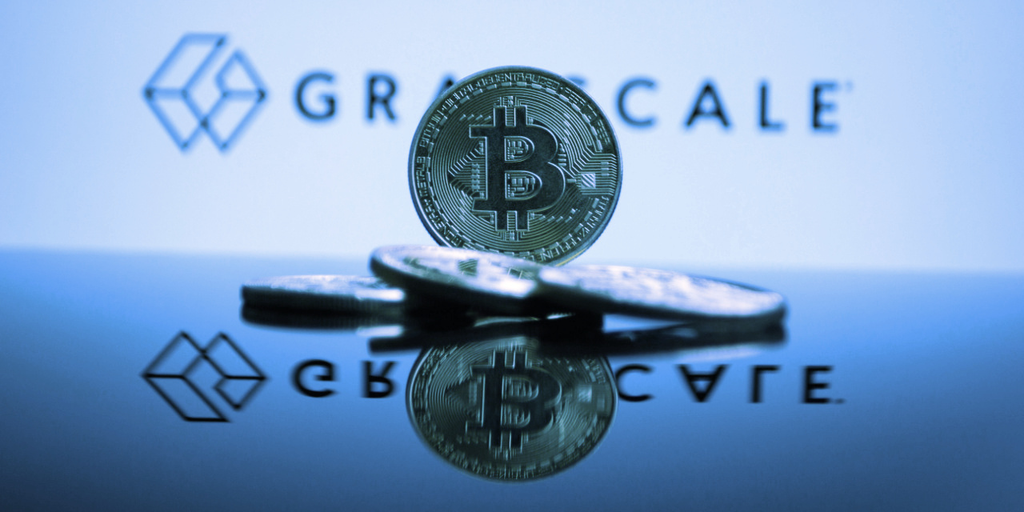 Shares in the troubled Grayscale Bitcoin Trust (GBTC) surged on Monday, narrowing its discount from Bitcoin.

The price for the OTC-traded security jumped 11.56% yesterday, to $9.65. This brought the trust’s discount against the net asset value (NAV) of its Bitcoin holdings to 38.55%, the smallest gap since mid-November.

GBTC is a publicly-listed financial vehicle that gives investors exposure to Bitcoin without needing to buy and hold the asset physically. The trust had historically traded at a premium to Bitcoin but has, since late February 2022, been stuck at a hefty discount.

The uptick in its price comes despite a myriad of problems facing both the investment firm behind the trust and its parent company Digital Currency Group (DCG).

Grayscale is the largest holder of Bitcoin in the world after the cryptocurrency’s pseudonymous creator, Satoshi Nakamoto.

It owns 643,572 Bitcoin, according to treasuries listings, the equivalent of $11.1 billion.

The GBTC discount emerged due to market volatility and shareholders’ inability to redeem their shares.

Grayscale has looked to convert the trust into a spot Bitcoin exchange-traded fund (ETF), a structure that its CEO Michael Sonnenshein argues would provide better protection for investors.

But like every other entity which has applied to launch a Bitcoin ETF in the U.S., the company has been shot down by regulators. Last June, Grayscale filed a lawsuit against the SEC after it again rejected the firm’s spot Bitcoin ETF application.

Competition from crypto ETFs in other countries such as Canada, as well as U.S.-traded Bitcoin futures ETFs, may also, therefore, be contributing to the discount.

Grayscale under fire from investors

Because Grayscale does not offer a way to redeem their shares, GBTC holders have begun to put pressure on the firm to change their rules and introduce some form of liquidity.

On one front, the trust is facing a lawsuit accusing it of “potential mismanagement and conflicts of interest,” filed by New York hedge fund Fir Tree Capital Management.

On another, rival investment firm Valkyrie has put forward a proposal to become the new sponsor and manager of GBTC. The idea is that GBTC shareholders could vote for a change of management, though there are some doubts over whether this would even be possible.

Meanwhile, Grayscale’s parent company DCG has become embroiled in a public spat with Gemini co-founder Cameron Winklevoss. In a letter to DCG founder Barry Silbert sent last week, he set a deadline of January 8 to “publicly commit to working together” to solve the problem of the $900 million that Genesis, another DCG portfolio company, owes Gemini Earn.

In the letter, he also accused DGC of borrowing almost $1.7 billion from Genesis, its own subsidiary.

Silbert denied this on Twitter, adding that DCG had never missed an interest payment to Genesis.