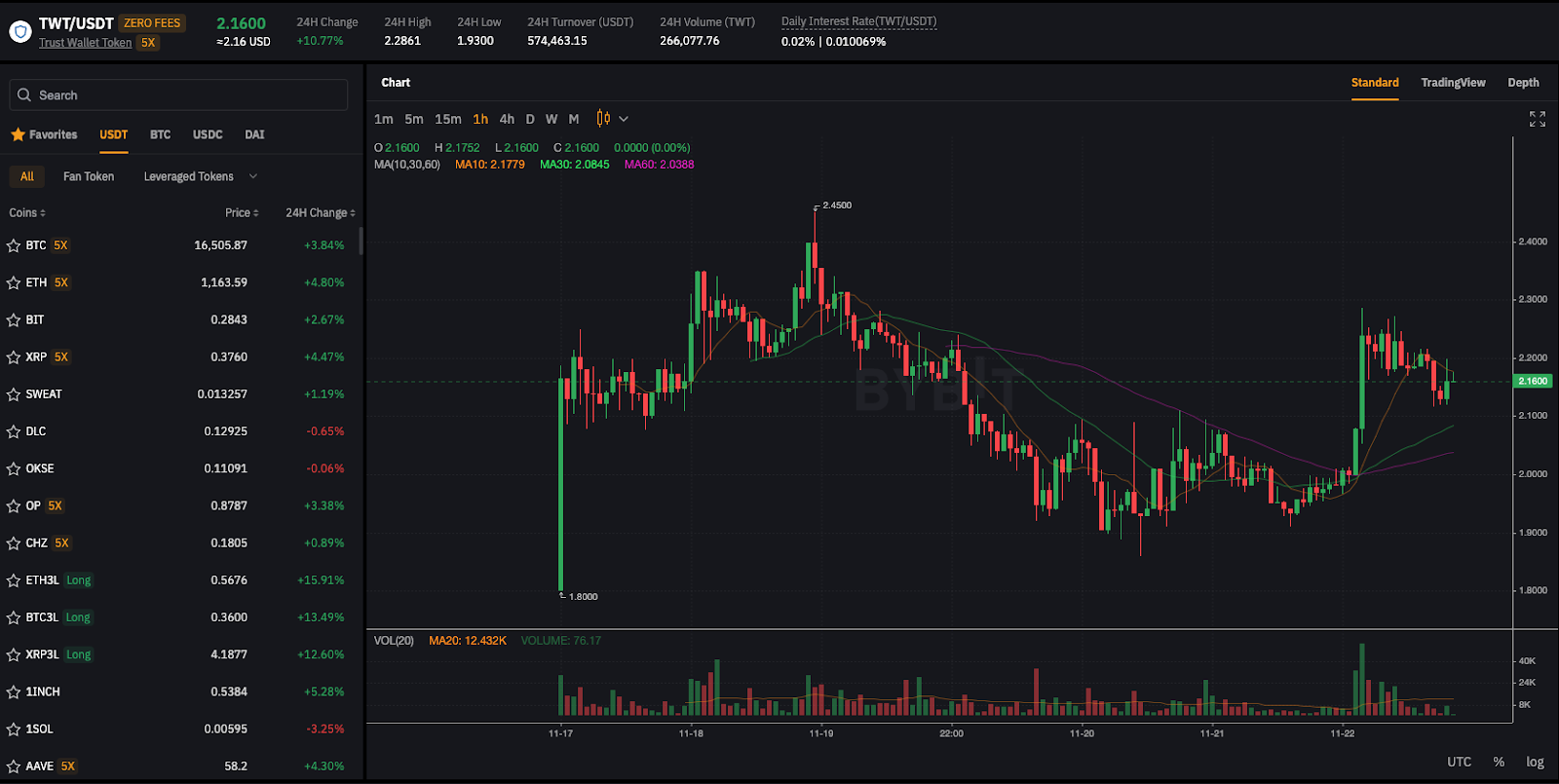 The native utility and governance token of Trust Wallet, TWT, is our top pick for non-custodial wallets for three reasons. First, among non-custodial wallets that issue tokens, TWT is the one with the highest market capitalization. The bear market always features consolidation in each sector, meaning Trust Wallets might be the survivor before the next bull run. Second, Trust Wallet announced the launch of a browser extension and integration with Binance Pay and Coinbase Pay, sending tailwinds to the adoption of Trust Wallets. Third, the swaps function on Trust Wallet has rebounded on the back of FTX sage, bolstering demand for TWT that entitles TWT holders to various benefits. 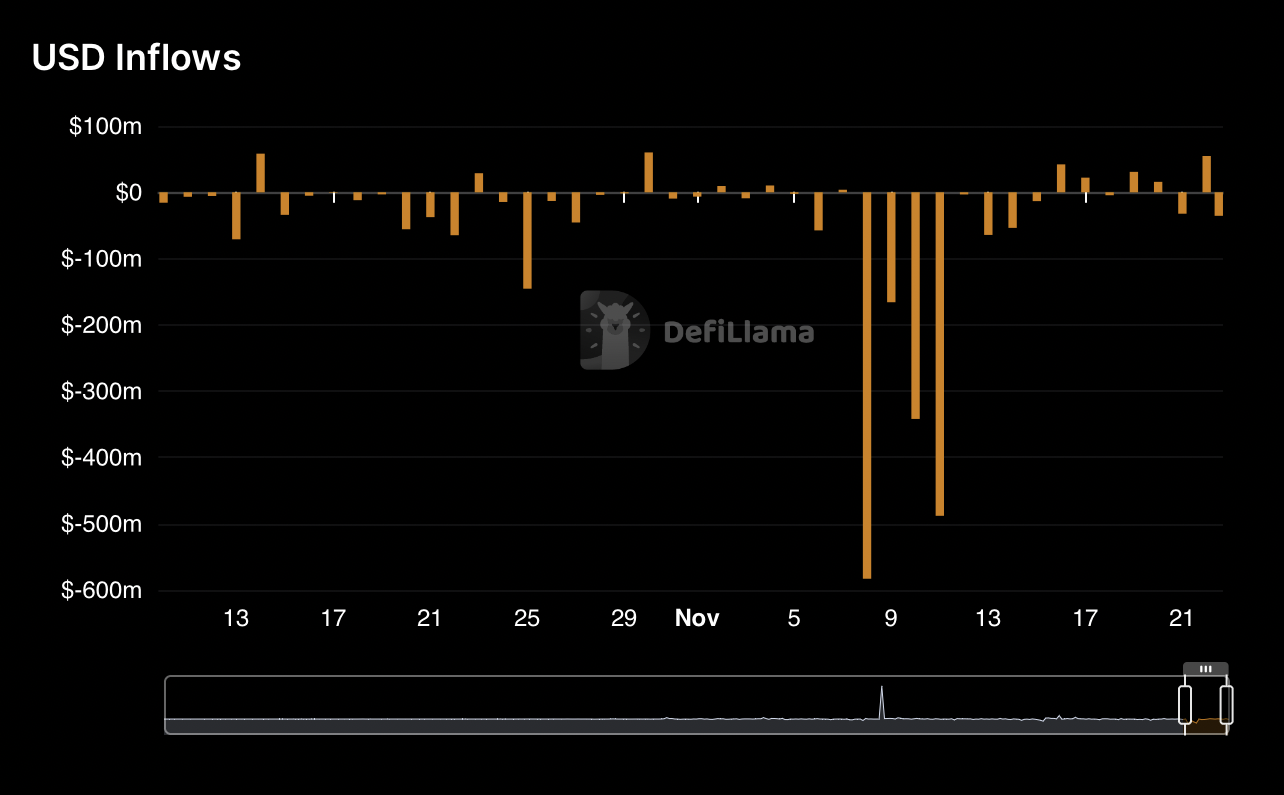 US stocks rallied on Tuesday as investors digested the messages from Federal Reserve officials on continued rate hikes and adjusted their expectations accordingly. Treasuries rose, with the benchmark 10-year yield buoyed near 3.76%. The dollar snapped a three-day streak.

The broader crypto market seems to be moving in tandem with the equity markets again as major cryptocurrencies regain former support levels. As of the time of writing, BTC rebounds from its two-year low, and is well-bid above the $16k support after posting a 4.2% increase in the last 24 hours. The rally may have been inspired by the news that Cathie Wook’s Ark Investment Management bought $1.5 million in Grayscale’s BTC Trust despite the latter’s widening discount. ETH follows a similar trajectory as it manages to defend the $1,100 handle after a 5.4% jump in the same period. Mid-to-large-cap altcoins have largely flipped green, with LTC leading the pack on a staggering 26% increase in a similar time frame.

Meanwhile, much volatility has been injected into the CRV market amid reports of a whale investor transferring a large number of borrowed CRV to centralized exchanges. The narrative is corroborated by massive CRV outflows between Nov 8 and Nov 13, during the unraveling of the FTX debacle.  While CRV is the initial winner after the FTX collapse, its immediate outlook will likely remain bleak following the surge in exchange balance, which consequently hampers the incentive to hold CRV or provide liquidity on Curve. 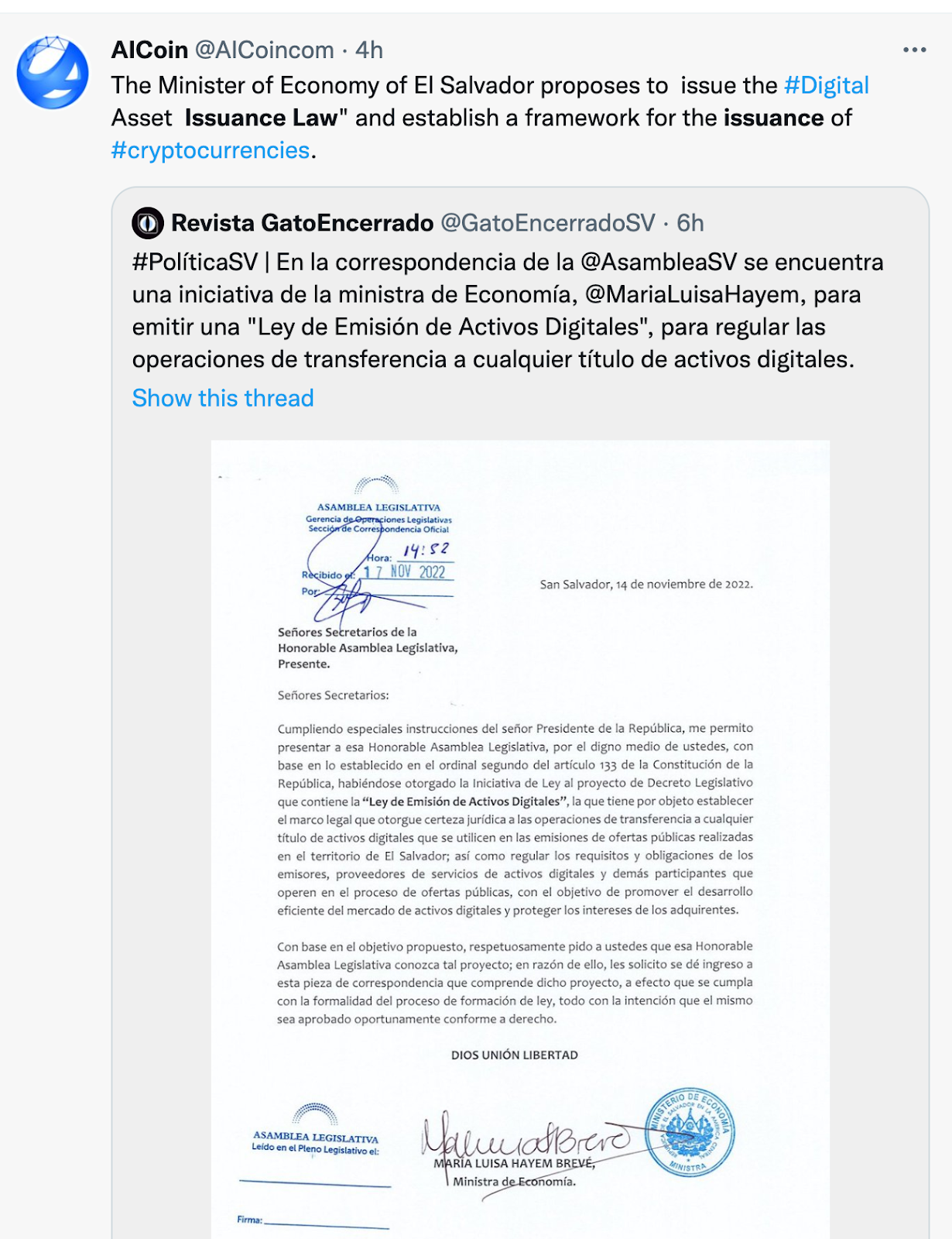 BTC’s recent abysmal spot price actions did not put a dent in the resolution of the El Salvadoran government to continue its foray into digital currencies. A committee within El Salvador’s legislative assembly is deliberating on a legal framework that aims to regulate digital asset service providers and issuers in the country. The Digital Asset Issuance Law separates digital assets from all other assets, thus creating a tailor-made legal framework that leaves little room for doubt. Once approved, it will regulate the transfer operations of all digital assets, promoting the “efficient development of the digital asset market and protecting the interests of acquirers”. It is also part of the efforts to legalize cryptocurrencies in the Central American country by including a legal definition of stablecoins and tokens.