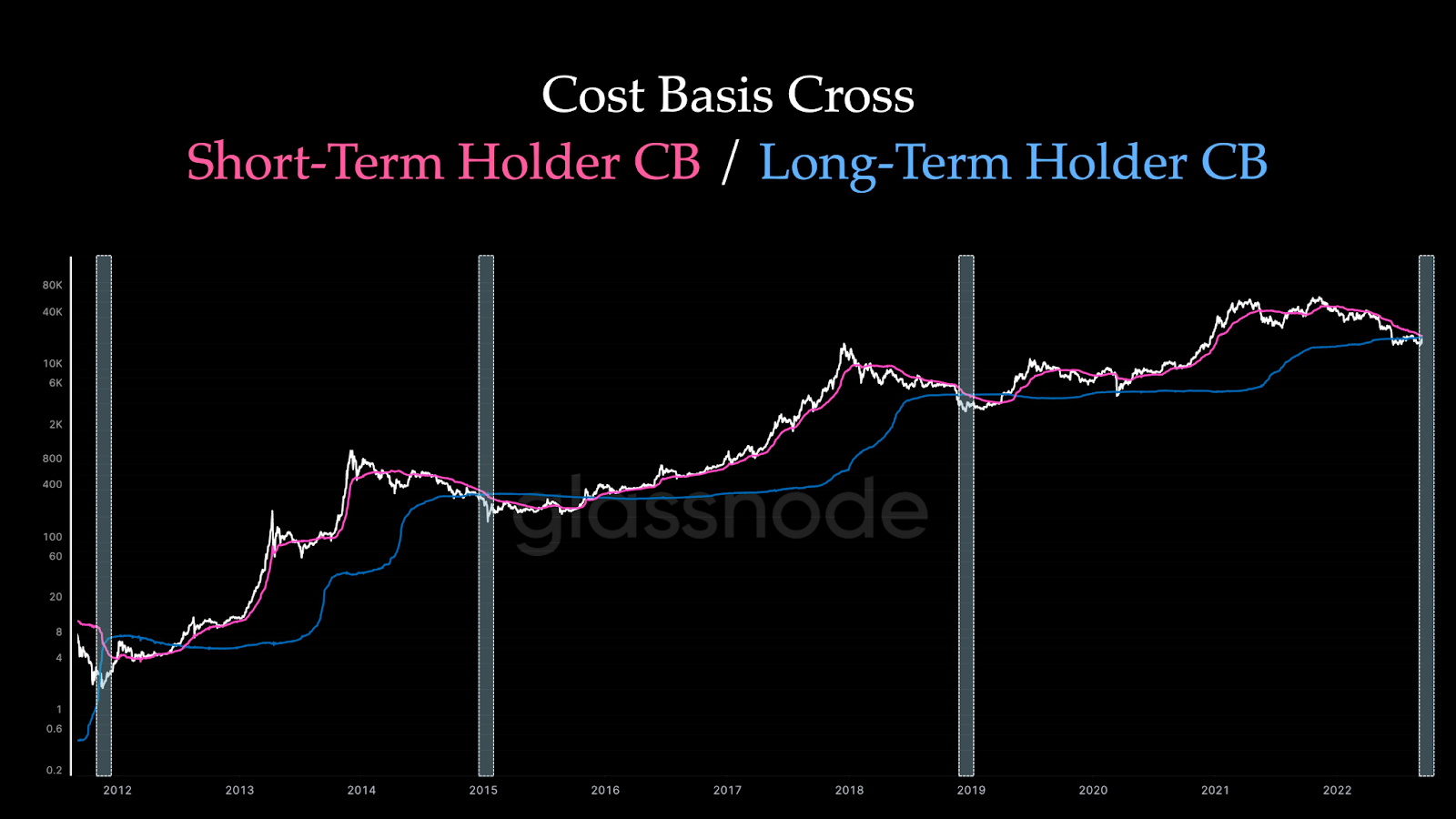 The broader crypto market extended its loss over the weekend after the U.S. stock market closed one of the worst weeks of the year. BTC struggled below the $20k threshold, and ETH sank to its lowest level since July as investors’ euphoria around one of the most important technological transformations in the space subsided. As of the time of writing, the largest cryptocurrency by market cap is trading below the $19k handle after plummeting 7.6% in the last 24 hours. A descending channel with its lower bound near the $18.4k level is taking shape on BTC’s hourly chart. It looks like BTC is on the verge of correcting lower to test support near the $18k level. Meanwhile, on-chain metrics are flagging some bottom formation signals. For one, the cost basis of short-term holders is about to cross over that of long-term holders from above. Similar crossovers have occurred in previous bear cycles, each coinciding with the formation of a local bottom.

In a similar vein, ETH nosedived to below $1,300 after shedding 11% of its market value within the same period. The second-largest cryptocurrency by market cap is facing a key resistance zone near the $1,330 to $1,360 region. Failure to rise above this zone will likely accelerate ETH’s downward spiral and send the price to revisit support levels near $1,200. Most major altcoins are submerged in a sea of red, with ETC leading the descent on an 18% plunge, and multiple mid-to-large caps suffering double-digit percentage losses over a similar time frame.

Back to (the) Futures 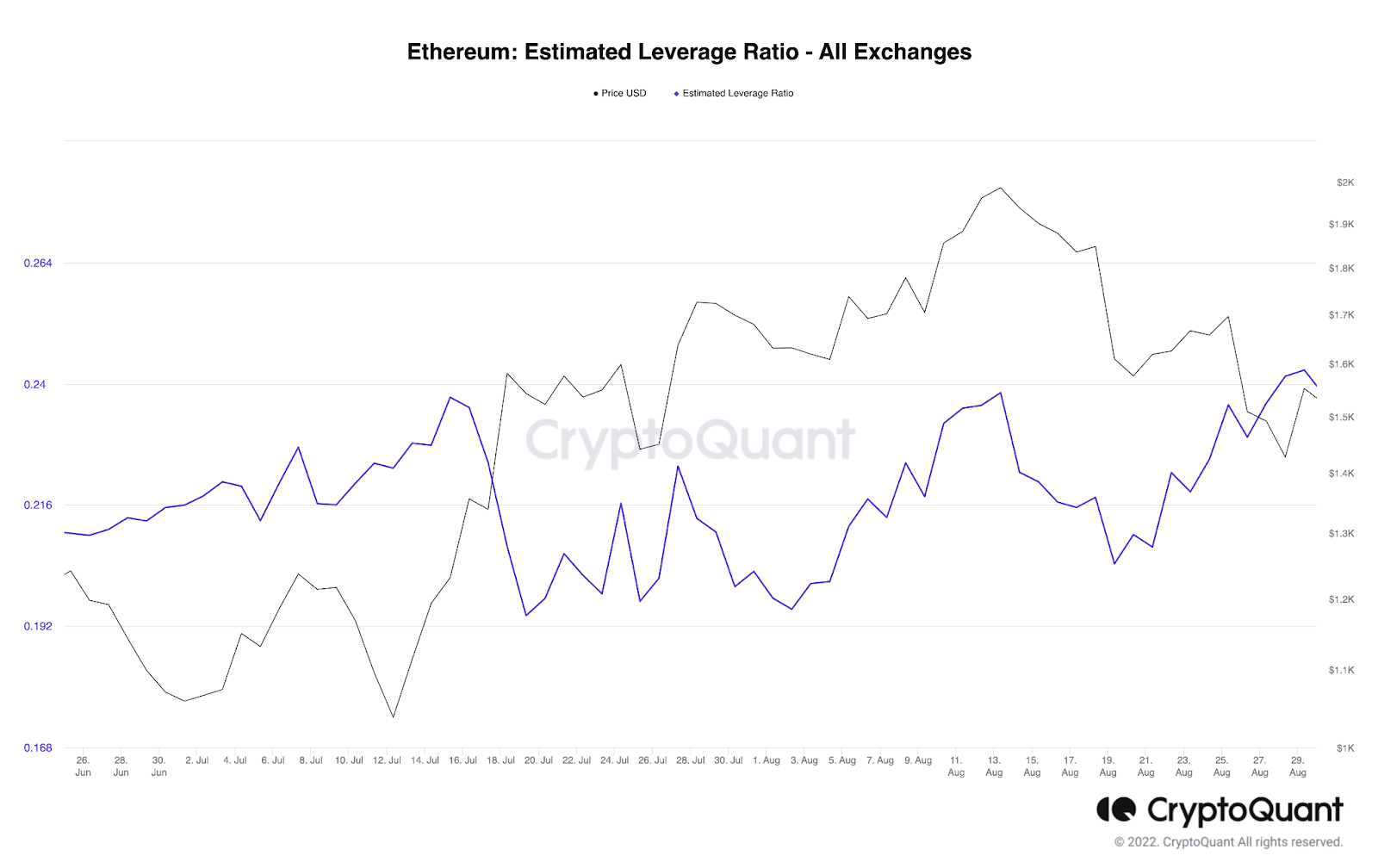 The broader crypto market remains vulnerable to the same macroeconomic conditions that have been plaguing equities and other risky assets for the past month. In the derivatives market, the leverage ratio for ETH futures remains elevated amid weakening spot prices, while the total value of liquidated positions on a 24-hour scale has reached a whopping $400 million. At the same time, the funding rates of BTC perps across major exchanges fell to the neutral territory, revealing dampened sentiments post-Merge. In the options market, all term-structure dropped into contango. Despite violent swings in BTC spot prices, BTC’s implied volatility dropped, suggesting smart money had priced in the Merge-related volatility event into BTC. Prior to the CPI release, traders were betting long calls with the hope of validating the transitory narrative. However, The higher-than-expected CPI number will likely herald an even more hawkish rate hike in September, and risk assets will continue to trade weakly into FOMC. 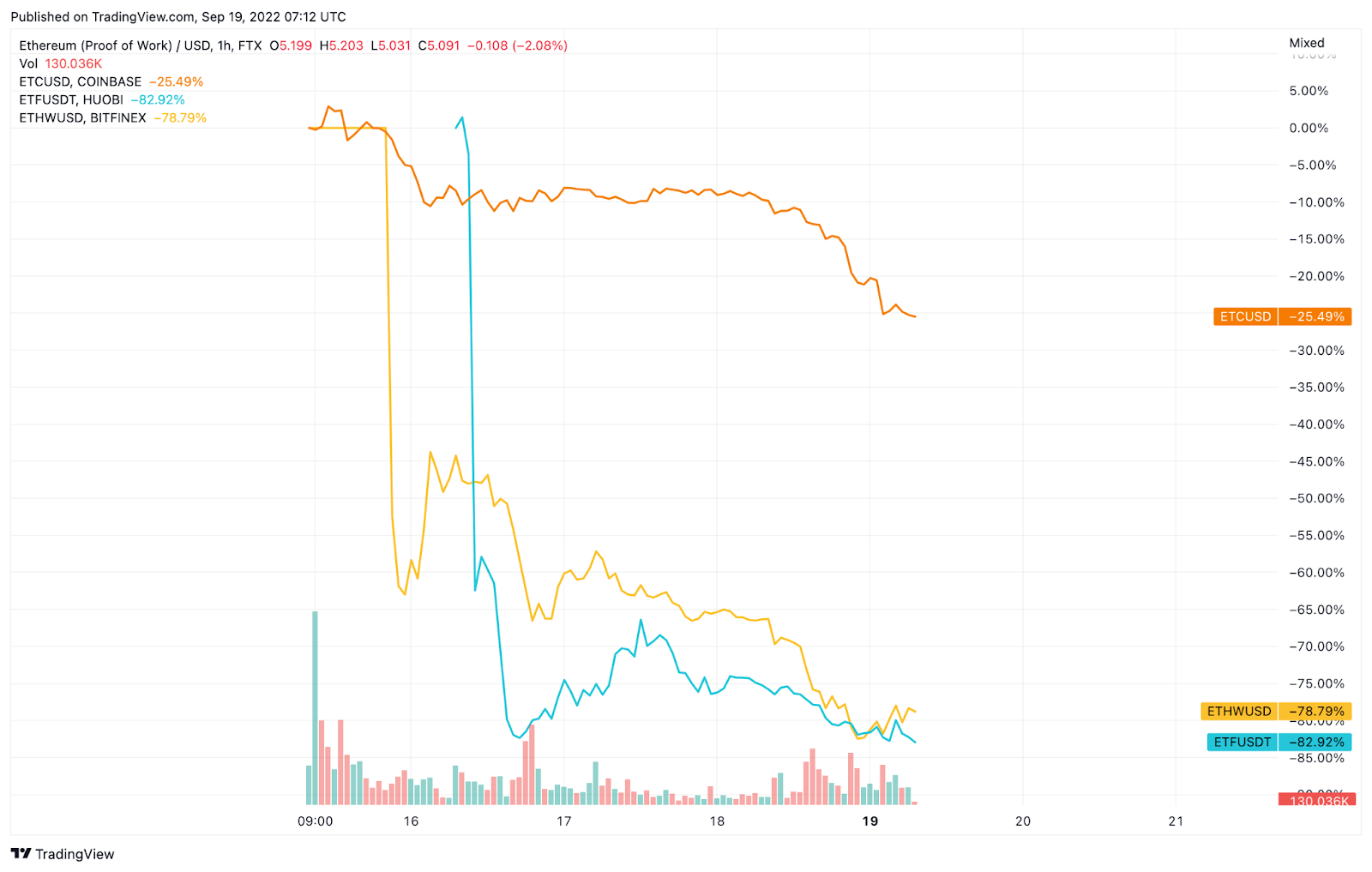 The Ethereum Merge has removed the network’s reliance on profitable mining. However, those who chose to cling to the proof-of-work legacy may find themselves having to choose from multiple paths ahead. A number of miners have joined EthereumPow, a prominent faction led by Chandler Guo. However, the ETHW hard fork has been off to a rough start, with its token ETHW down 35% post Merge. Other hard forks include EthereumFair, which is arguably the first PoW fork token from Ethereum after the latter’s transition to PoS, and has plunged around 30% in the last 24 hours. Meanwhile, Ethereum Classic has seen its token plummeting 18% despite the skyrocketing hash rate following The Merge.

Do Online Crypto Casinos Have ..

Why Cradles: Origin of Species..