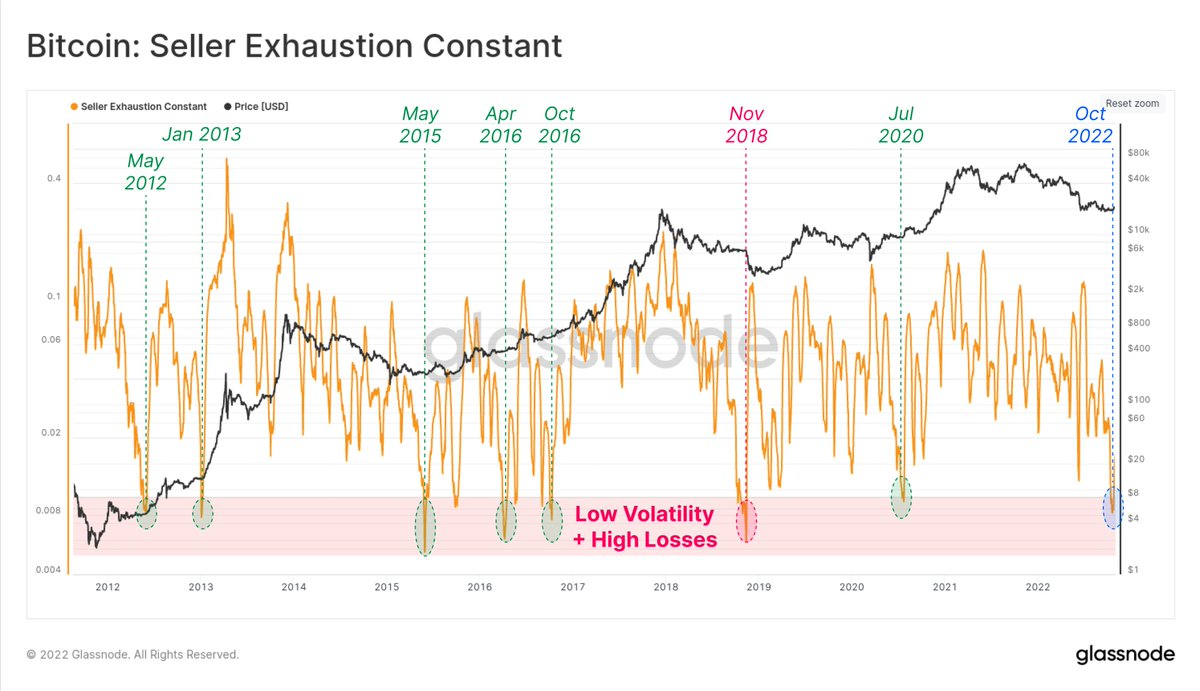 Global stocks rebounded slightly after Chinese tech shares rallied more than 10% in the past day, paring the weekly losses triggered by the Fed’s hawkish remarks. Treasury yields remain steady ahead of the US jobs report to be released later today. The dollar weakened against all major currencies.

In the crypto market, major cryptocurrencies manage to defend key thresholds despite stormy weather in the global economy. As of the time of writing, BTC is changing hands above the $20.5k level after posting a 1.5% gain in the last 24 hours. Meanwhile, on-chain metrics show that BTC’s seller exhaustion has reached the lowest levels since November 2018 due to low volatility and high realized losses. Precedence in previous cycles shows that volatility tends to bounce to the upside after reaching extreme seller exhaustion.

ETH is slowly inching back to the $1,600 handle from a 2.27% jump in the same period. Mid-to-large-cap altcoins have mostly flipped green, with MATIC leading the pack on a double-digit percentage gain on the back of mass adoption. DOGE pulled back 7%, while SHIB maintained a 4% gain in a similar time frame amid Twitter’s mass exodus of top executives. 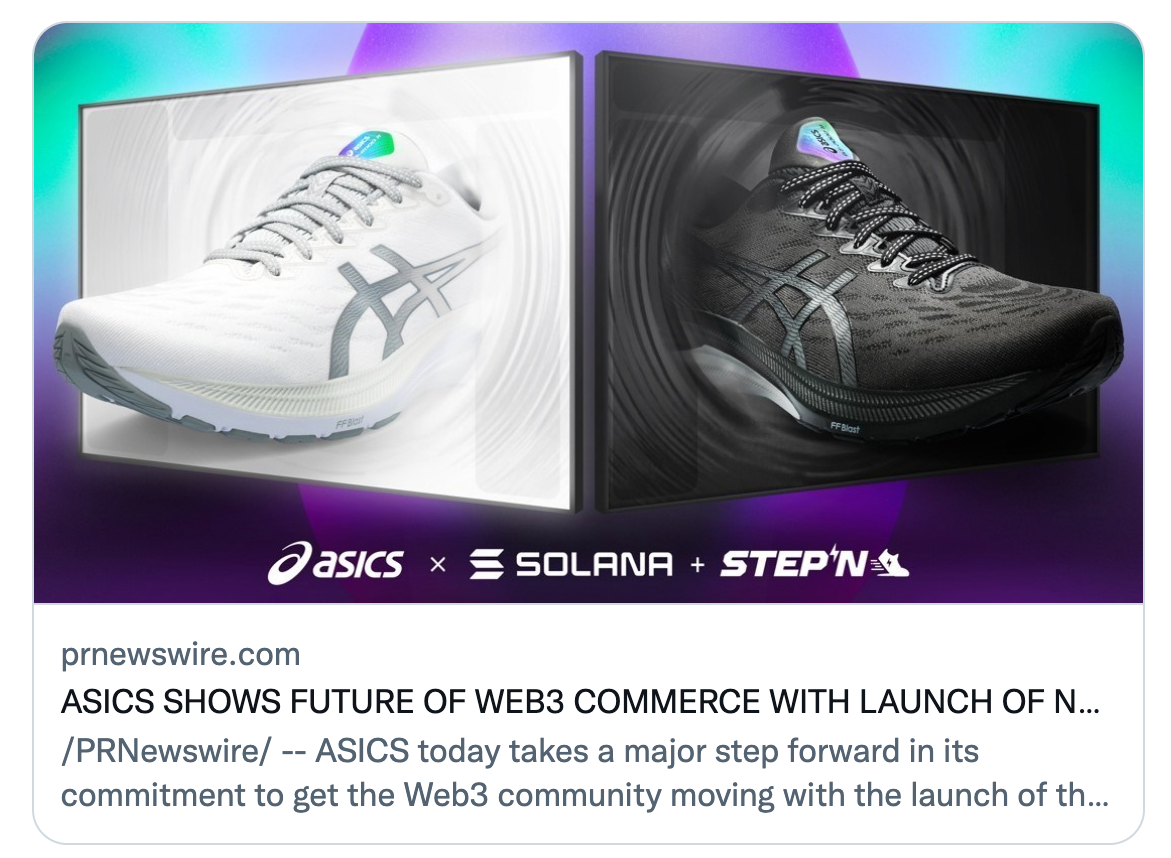 Japanese sportswear manufacturer ASICS recently announced the launch of the ASIC X Solana UI collection. The collaboration introduces a new line featuring custom-made GT-2000 11 physical running shoes, designed specifically for the web3 community. Customers will automatically receive a loyalty ASICS badge NFT with the purchase of the physical shoes, and stand a chance to receive an airdrop of a limited number of ASICS x STEPN GT-2000 NFT. This move marks ASICS’s major step forward in its commitment to become the future of the web3 commerce, and inspire the web3 community to create healthy lifestyles with their products.