U.S. stock markets saw a remarkable rebound last week as inflation concerns eased in the wake of decelerating December’s CPI.  Friday’s earning releases from banks such as JP Morgan have reassured the market that chances of recession are decreasing. Meanwhile, the broader cryptocurrency market capitalization has reached $1 trillion for the first time since FTX’s debacle. The top mover for today, Bitcoin, registered a 24-hour return of 2.5% as of the time of writing, leading the broader cryptocurrency to rebound. The largest cryptocurrency by market capitalization emerged as the best performer among the top 10 largest cryptocurrencies in the past week, likely due to improving macro conditions and short liquidations. 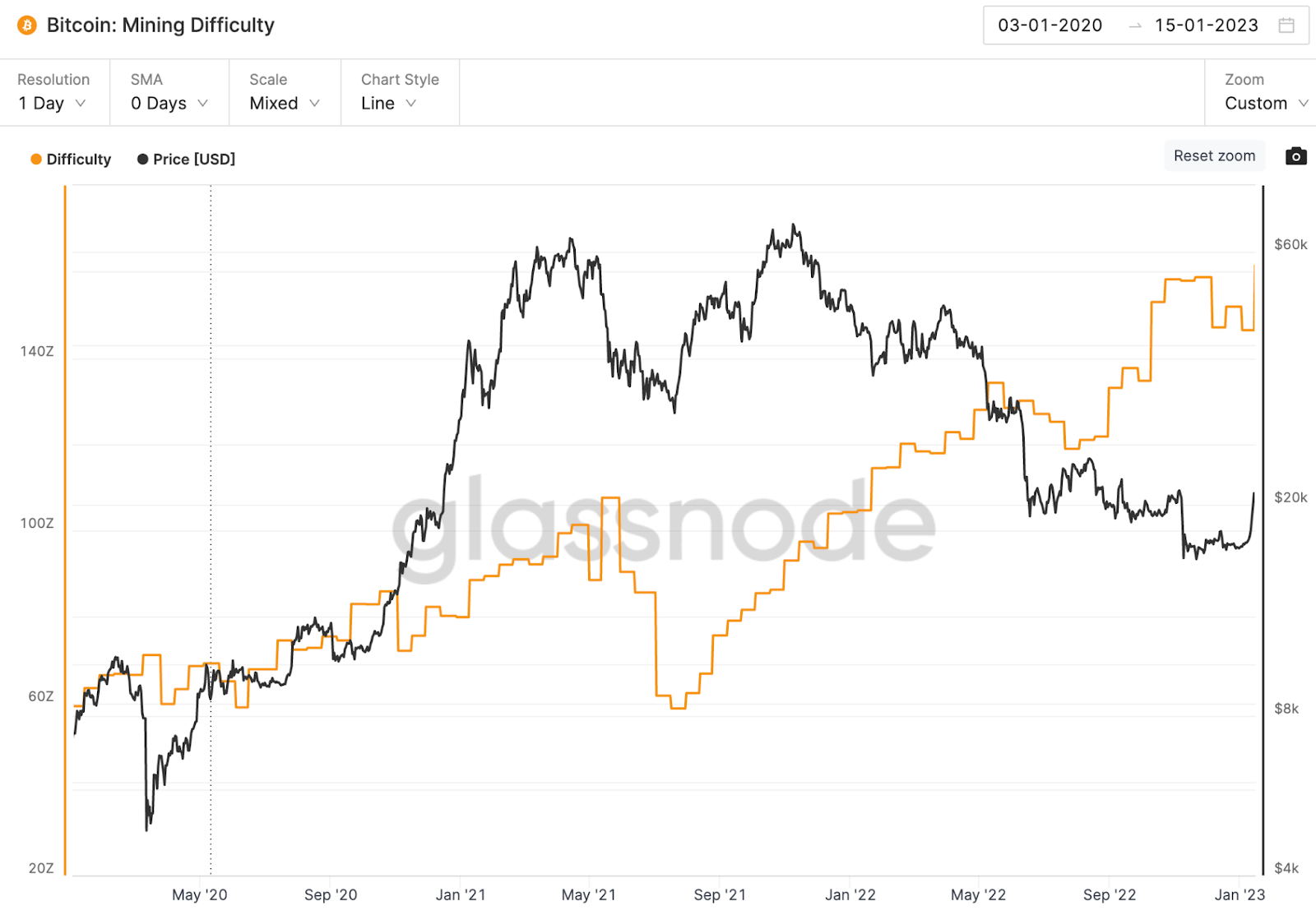 The market capitalization of Bitcoin has surpassed Tesla and Meta after a 7-day return of 24.5% in the past week, where it has recouped almost all the losses in the aftermath of FTX’s collapse. Bitcoin’s outperformance is mainly due to improved macroeconomic indicators, with inflation peaking and solid earnings from banks revealed last week. A loosening monetary policy is historically conducive to Bitcoin’s valuation as “digital gold”, while the market has placed bets on a “Fed Pivot” soon. The recent price surge has also led to spiking active addresses on the Bitcoin network, suggesting a revival in investor sentiments. However, it is important to note that an improved fundamental does not usually result in such an abrupt price shoot-up. Instead, massive liquidation of short positions accumulated typically triggers and adds fuel to the price recovery.

Interestingly, the weekly adjusted Bitcoin mining difficulties jumped by 10.26% due to a rising hashrate. Miners may have re-plugged in their mining rigs last week as the hash price bottomed out following Bitcoin’s price surge.

Check Out the Latest Prices, Charts, and Data for ,BTC/USDT,! 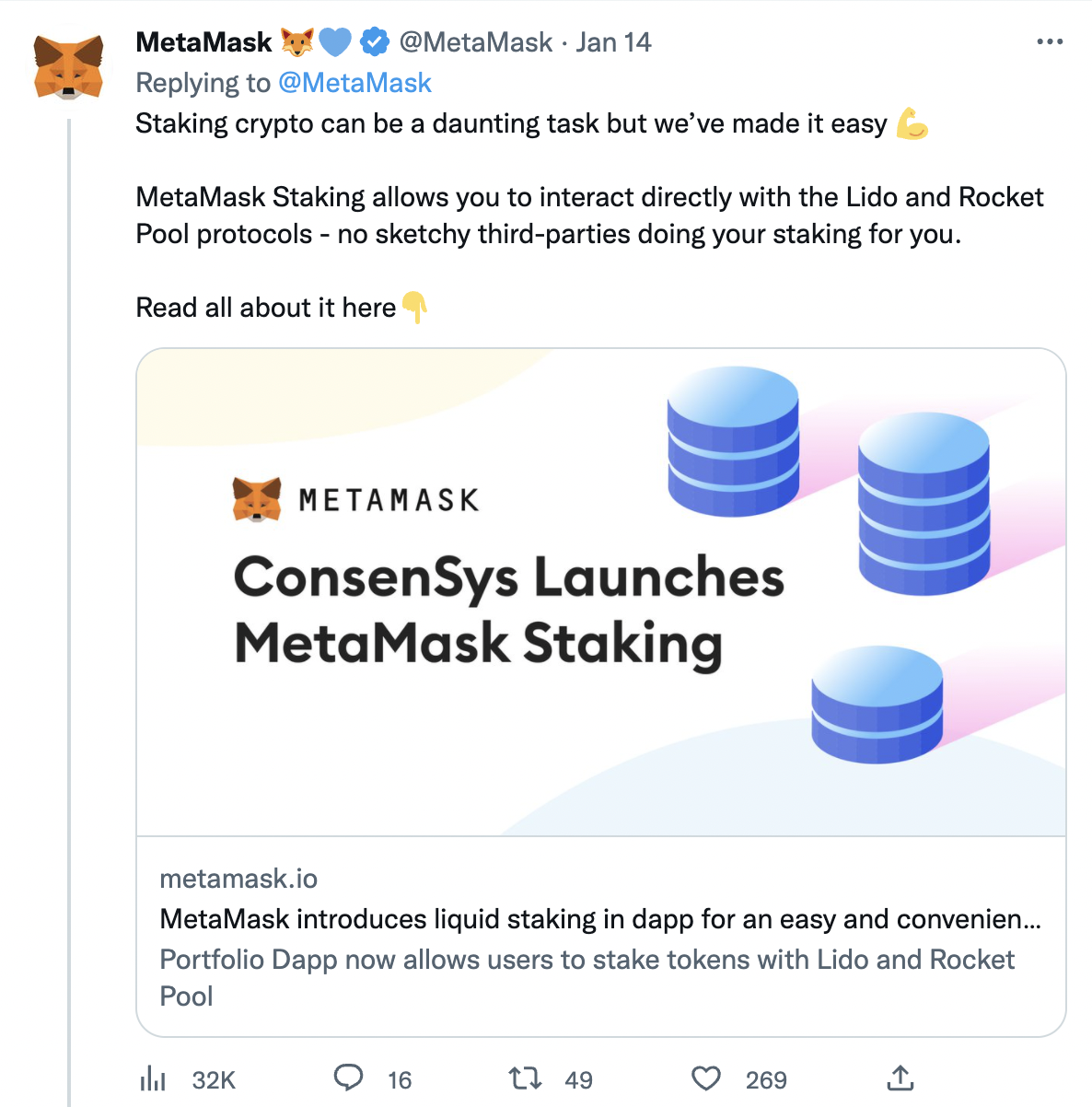 ,Over the weekend, Metamask announced that users can now interact with their latest feature, Metamask Staking. This feature aims to make staking simple and transparent by allowing users to interact directly with liquid staking providers, Lido and Rocket Pool. ConsenSys, the company behind Metamask, revealed that with Metamask Staking, customers can swap their stETH and rETH back to ETH. This will possibly prove to be a timely addition to Metamask Portfolio as the Ethereum Shanghai upgrade approaches.

SEC filed a lawsuit against Gemini and Genesis. (,Link,)