Major U.S. equity continued with the rebound as Nasdaq 100 notched a four-day win streak. The consensus forecast for Thursday’s CPI report is a month-on-month decline, where investors anticipate the slowing down of rate hiking and the potential easing of financial conditions. Meanwhile, the broader cryptocurrency market followed the footstep of equities, with Bitcoin up 3.67%, in the past 24 hours, flipping $18k for the first time since mid-December. Altcoins chalked off massive gains, most of which increased more than 5% in the past 24 hours. The top mover for today, AVAX, which registered a 24-hour return of 25.11%, as of the time of writing, has outperformed the market, due to a newly announced partnership with Amazon Web Services (AWS).

AVAX is the native token of the Layer 1 blockchain Avalanche. As the sixth-largest blockchain by TVL, Avalanche has been losing market share, declining from 6% in early 2022 to 1.71% as of the time of writing. The abrupt price surge came when Avalanche ,announced, a partnership with AWS, the largest cloud provider owned by Amazon. The partnership will support Avalanche’s infrastructure and make it easier and more accessible for decentralized applications (Dapp) to be deployed on the network. AWS is not the first cloud provider to foray into Web3. In October 2022, Google Clouds announced the launch of node-hosting services that support transaction validation and storage on Ethereum.

Check Out the Latest Prices, Charts, and Data for ,AVAX/USDT,! 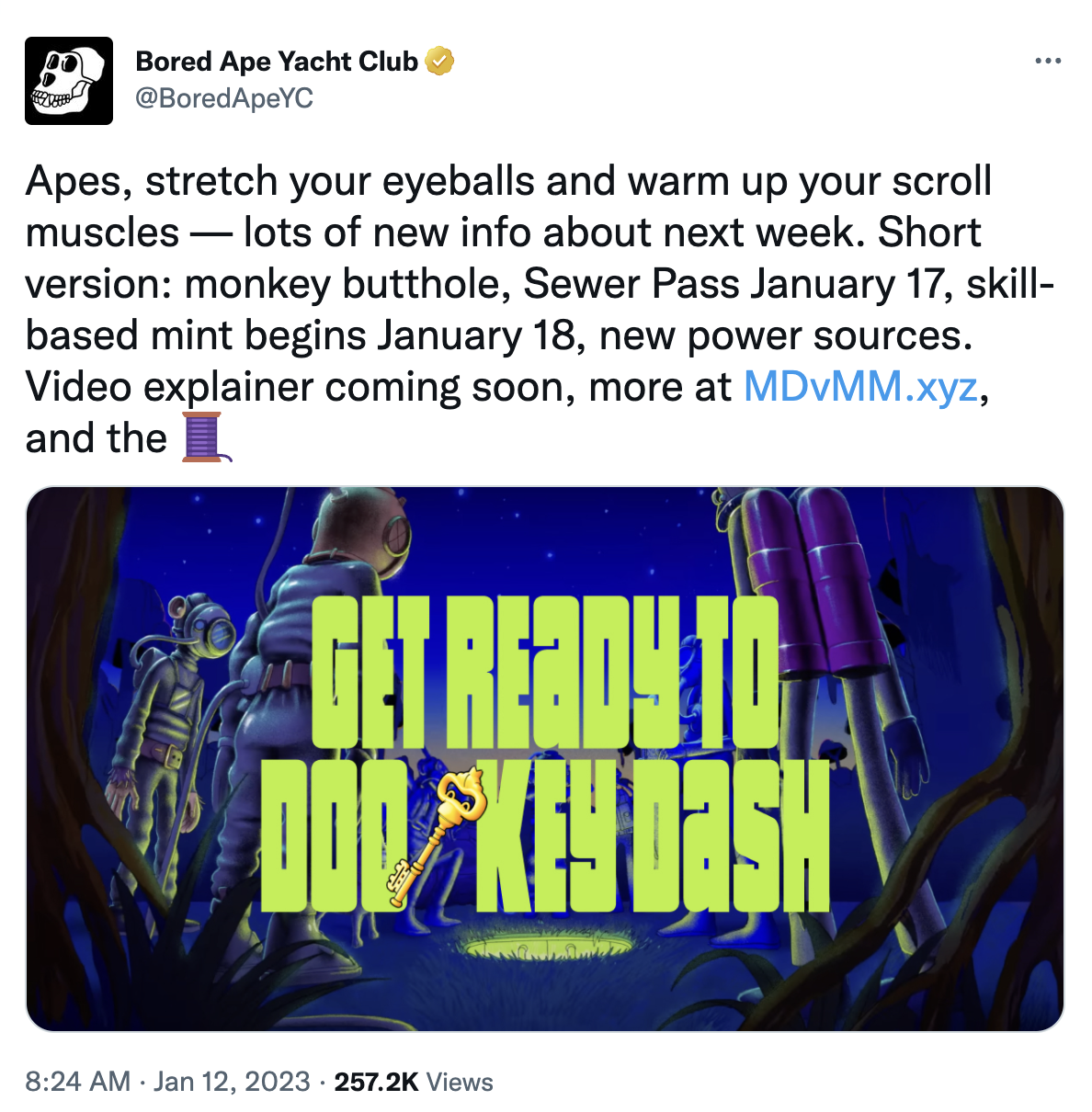 Yuga Labs, the parent company of the Bored Ape Yacht Club (BAYC) continues to expand its ecosystem with a skilled-based NFT mint. This unique drop involves Sewer Pass holders to play a game called Dookey Dash. The players’ score would then determine what the pass reveals. Free Sewer Passes can be claimed by BAYC/ Mutant Ape Yacht Club (MAYC) holders, but anyone with a pass can play the game. According to Yuga Labs’ roadmap, the reveal of NFT drop will play an integral role in what is to come in Chapter 1.

Gemini terminates its Earn program as it is terminating customer loan agreements. (,Link,)

Yearn Finance will permit users to create vaults of their own and receive deposits from others. (,Link,)

FTX advisers have recovered some $5 billion in assets. (,Link,)